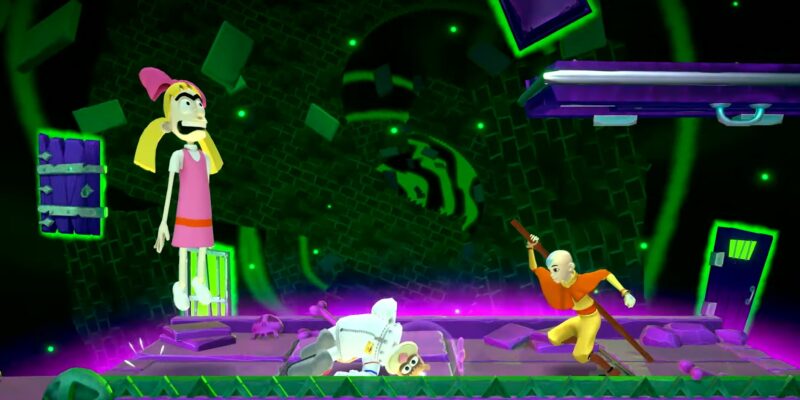 As if there were any doubt in the world, the two “masters of all four elements,” Aang and Korra, are making their way into Nickelodeon All-Star Brawl. Avatars Aang and Korra were revealed as playable characters by publisher Gamemill Entertainment, to the surprise of nobody. What’s a Nickelodeon fighting game without the iconic Avatar: The Last Airbender? (Of course, it helps that the two were pretty much leaked through the game’s boxart, but I’m sure everyone was expecting at least one of the two.)

We didn’t just get an announcement of the two iconic brawlers today. The developer also released a set of videos highlighting the movesets of the two. From what I can gather, the two play quite differently from one another, both with styles that fit their unique personalities. But fans should be pleased as both characters have a number of callbacks from their original shows.

When the world needed him most…

Aang’s moveset utilizes his airbending the most, choosing to put his skills with the other elements to the side. Aang is a very agile character, able to combo easily in the air with his swift movement and fast attacks. He also gains more power the more damage he takes, with a new ability that puts him into the Avatar state once he takes a certain amount of damage. His stage is the Western Air Temple, a prominent location in Avatar: The Last Airbender.

Korra’s moveset draws from her bombastic and aggressive personality, with heavy attacks and slower movement. She also utilizes the elements more than Aang, taking full control of her Avatar powers. From waterbending to firebending, she utilizes it all in her diverse moveset. Her stage takes place during the Harmonic Convergence, a major event that takes place during The Legend of Korra.

You can play Aang and Korra in Nickelodeon All-Stars brawl when the game drops on October 5, although an official release date is not yet available on the game’s Steam page. Check out the two videos for more detailed looks at the characters’ kits.

AMD aims to increase efficiency of server chips 30x by 2025