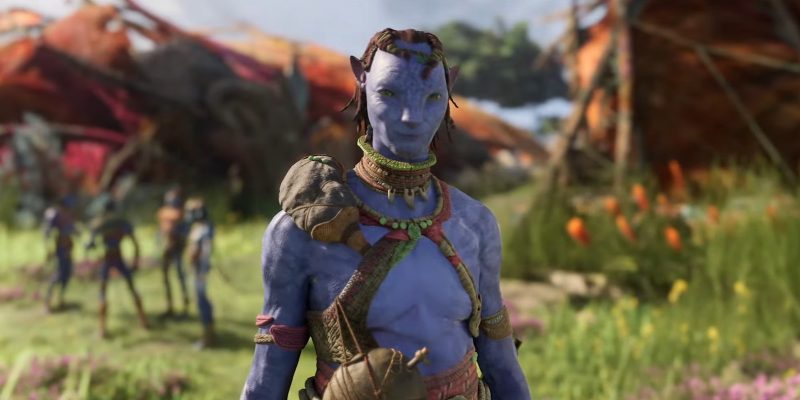 The original Avatar movie remains the highest grossing film of all time even to this day. With so much demand, it’s definitely thrown a lot of fans for a loop that nothing impressive has come from it since then. That drought ended today though when Ubisoft CEO Yves Guillemot revealed a trailer for a new game called Avatar: Frontiers of Pandora.

The game already looks as much a visual master as the film, with next generation graphics that are sure to demand some serious hardware. As for the gameplay, Ubisoft describes it as a first person action-adventure. Players will explore this new standalone story as a Na’vi humanoid and embark on a quest to discover new regions of Pandora to the west. The game will feature a living and reactive world. If that’s anything like the film, it will make for some stunning gameplay.

Ubisoft also mentioned there will be new characters and unique creatures to meet. There will however, be hostile human RDA forces. The same from the film. Players will need to push them back and defend nature once again. We’re definitely getting some nostalgic vibes here.

A joint effort, and likely a massive one

Avatar: Frontiers of Pandora is in development by Ubisoft’s Massive Entertainment studio. The same one that’s also currently working on the new Ubisoft Star Wars game. It sounds like a lot of responsibilities for one studio, but the team at Massive has the backing of Lightstorm Entertainment and Disney to help it out. The game also has the benefit of running on the latest iteration of Ubisoft’s in-house Snowdrop engine. That’s certainly to thank for some of the ridiculously complex  effects going on in the trailer.

According to the trailer, Avatar: Frontiers of Pandora will arrive sometime in 2022 and will be available on PC, Stadia, and Luna. If we had to guess, it won’t be until later next year.