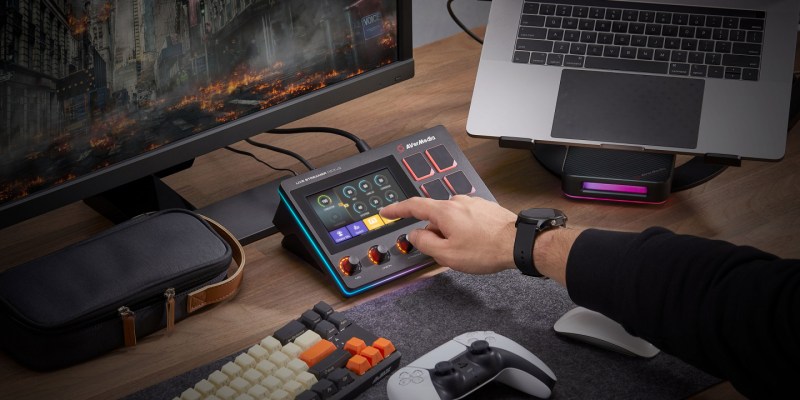 If you’ve ever wanted to try and take streaming seriously, you’ve probably shopped around for high-end equipment. These are the things you see your favorite content creators using — XLR microphones, peripherals for switching scenes, and monitoring audio. Next time you go looking for high-end streaming equipment, you’ll likely come across a couple of new products. AVerMedia just launched the Live Streamer Nexus and Live Streamer Mic 330, a device for controlling your stream along with a microphone, respectively.

The AVerMedia Live Streamer Nexus is much like some of the other stream monitoring peripherals out there. It sports a 5″ touch screen with four dedicated buttons that users can customize with the Nexus app. Using the Nexus, streamers can change scenes, launch different kinds of media, control music or volume levels, or just monitor their stream. The handy piece of equipment also comes with a built-in six-track audio mixer. It includes three inputs, one optical, a line-in, and XLR for each, plus three virtual tracks that can be routed to a streaming PC.

When it launches, the Live Streamer Nexus will cost a fair bit. All of the bells and whistles will cost you $349.99 USD. That’s a whole lot to spend on something for controlling your stream when the Elgato Stream Deck is just $149.99 USD and the Loupedeck Live is $269.99 USD. However, the Nexus also seems to come with more features, so it’s up to customers to decide which they need more. 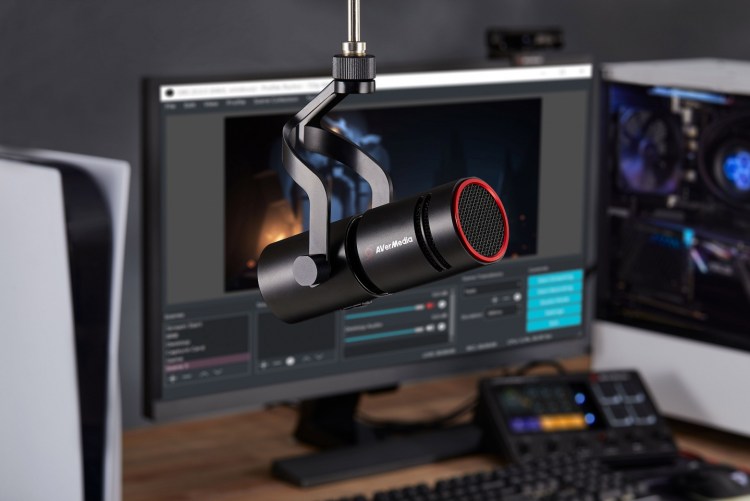 The Live Streamer Mic 330 features a minimalist design that shouldn’t get in your way. (Image credit: AVerMedia).

And the Live Streamer Mic 330

AVerMedia is pairing its Live Streamer Nexus with a new microphone, the Live Streamer Mic 330. This minimalist, cardioid mic should do the job of picking up anyone in front of it and nothing else. AVer also says the Mic 330 comes with a voice clarity boost and built-in pop filter, but we can’t attest to the quality of either at the moment. The mic does admittedly look pretty sleek though, sporting an all-metal black body with a small red ring around the microphone itself. The Live Streamer Mic shouldn’t break the bank, especially compared to other XLR microphones, costing just $99.99 USD.

Overwatch 2 multiplayer changes to 5v5 teams with one tank