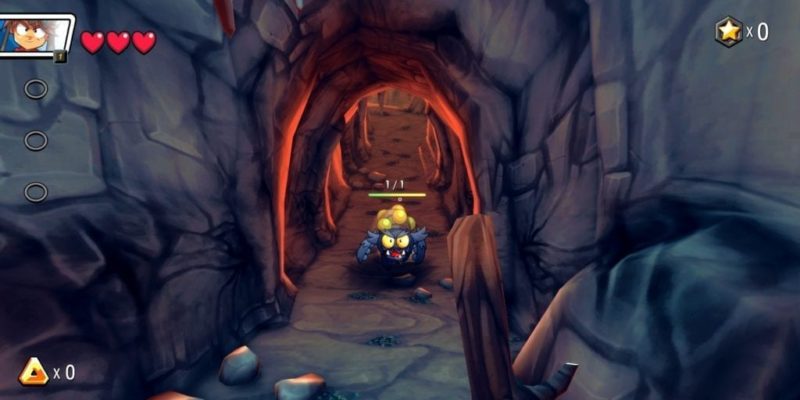 From its varied, colorful worlds to its vibrant, gorgeous sprites, Away: Journey to the Unexpected is a beautiful game. From only briefly viewing screenshots, I knew I just had to play it. While the gameplay isn’t as strong as its presentation, the game is a cute, entertaining experience that mostly delivers on what it promised.

Away begins when the protagonist hears and feels something akin to an earthquake. After a brief search, he notices that one of his house’s walls has been badly cracked and now leads to the world outside. Our hero lives in this house with his grandparents, who take care of him after his parents have gone missing. Upon venturing towards the crack in the wall, his dog hands him a stick to defend himself with and he’s on his way.

Structurally, Away is a rogue-lite. If you die, you start over, but a lot carries over. The boy, whom the player names, starts with three hearts and the stick and nothing else. The game’s areas are dotted with gold coins that stay with him even if he dies. Each enemy defeated nets you experience that is used to unlock a set of perks that make the game more doable. However, there isn’t a lot of different content to see. 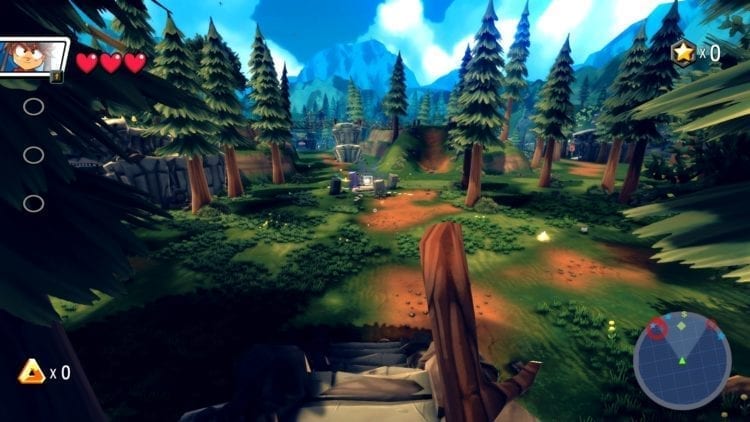 The unique feature that Away offers is that, instead of gaining new weapons, you gain new allies. The game’s four areas contain a total of 8 characters who will join your adventure. Each new character carries with them a new attack. These vary from being able to shoot fireballs, locking onto enemies and pelting them with missiles, and even freezing your enemies in place.

Each friend you make grants you a star. These stars open up new rooms in your house, most of which don’t contain anything too noteworthy. I was excited to see what new bonuses were conferred upon my player by continuing to accrue stars but was left disappointed since doing so only really unlocked one new thing. You also need to get all eight stars before you’re allowed access to the final boss. If you get to his area before you’ve found them all – which you likely will – you’ll have no choice but to end your run and start over from the beginning.

However, runs are very short and getting to any point is neither time-consuming nor difficult. Once you exit your house in the beginning, there are pathways leading to one of two zones. Upon entering these first two zones, you’re tasked with exploring three small, procedurally-generated caves in order to activate three switches, which will open the path to a dungeon where you must fight a boss and move onto the next set of two zones. The second set of zones is similar, but you simply find the switches in the overworld instead of locating them in caves. 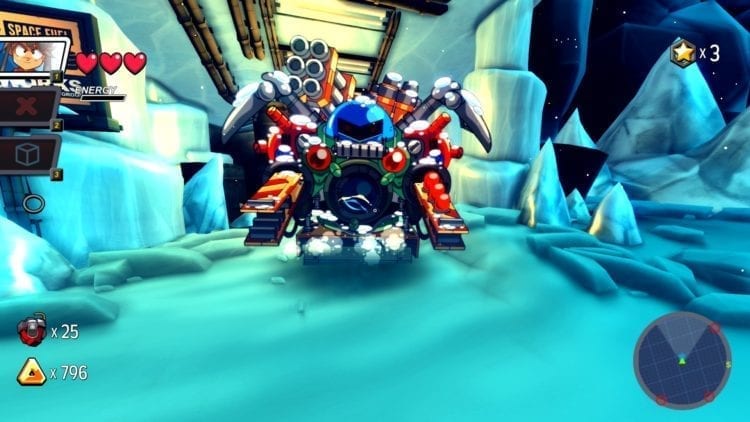 The wrinkle in all of this is that certain characters can only be found in certain areas. If you want a better chance of surviving the second dungeon, you’ll want to pick the starting zone that has the characters you like best. These characters only need to be recruited once, however. First, you need to find a cube in the overworld, which gives you a space in your party. Then you need to basically negotiate with the characters in order for them to offer their services. If you select the wrong responses, they won’t join you at all, leaving you to try again next time. If you succeed, though, then during future runs you simply need to approach them with a cube and they’ll immediately join your party.

I think this is a really neat feature that adds a small amount of strategy to the game, even if the characters vary wildly in terms of how useful they are. This goes double for the characters found in the second set of zones, as there are only two dungeons to go through in all of Away. I had fun freezing enemies with a sentient ice cream popsicle, but I found him so late in my game that I barely had any time with him. The biggest issue with Away is really how little you’ll get to use many of these characters and their aforementioned lack of use. I used half of the game’s characters just a single time and never had any reason to use them again, which was disappointing.

You can only have a maximum of three other characters in your party at any time. The main character is the only one who has any health, while the rest all have energy meters. If they get hit, they lose energy and every time they attack, their energy drains. If they completely use all their energy, they become unusable for the rest of the run, though, so it’s a good idea to watch their energy meter. Thankfully, you can refill their meters by buying hamburgers from shops in the areas. 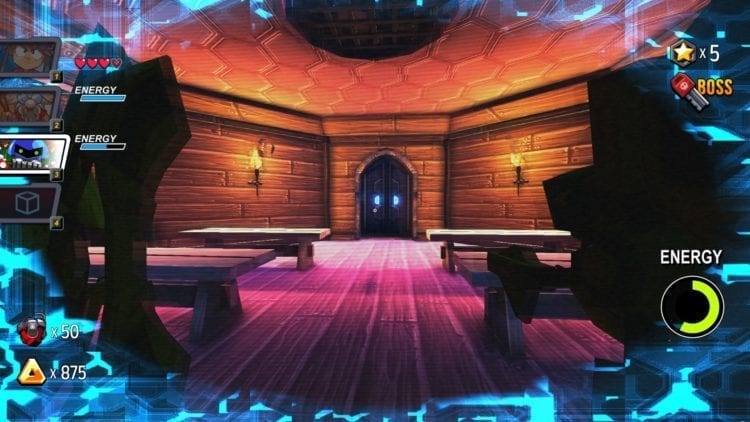 The gameplay in Away is pretty standard first-person action and many of the characters are fun to use, but the main character is not one of them. His stick has a very short range and it’s difficult to attack enemies without receiving damage yourself upon getting close. As such, I attacked with him as little as possible, which made the early part of the game before I figured out the other characters kind of a chore. Him losing all of his health is also the only way to get a game over, so it pays to have three other characters and switch between them to keep him alive.

Away is a pretty short game, clocking in at about 3-4 hours, most of which is spent reloading in order to go to different zones to unlock new friends. It’s also really easy once you figure the characters out as well. Overall, it’s an enjoyable experience, albeit one that could use some more gameplay, even if through additional game modes. I had a decent time and really enjoyed the game’s presentation, so it’s easy to recommend to anyone looking for a short game with some really lovely sights to see who don’t mind a lack of content.

Away: Journey to the Unexpected

Wonderful presentation, fun abilities, and a good sense of humor help buoy Away along, but it's disappointingly light on content and has no real replay value.