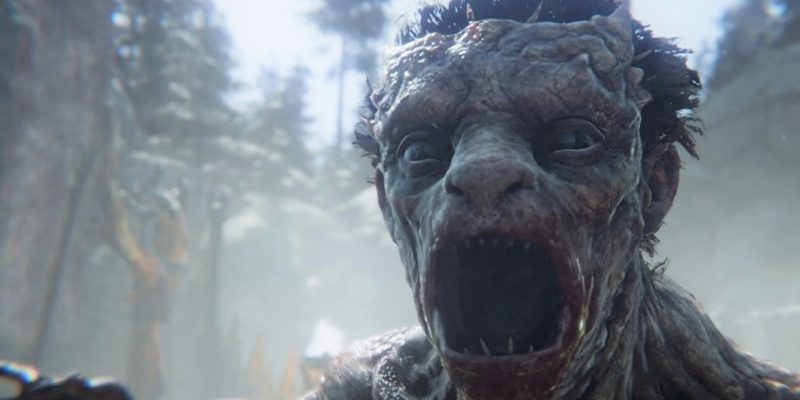 Canceled games are not exactly a rare thing nowadays. We even saw one making a comeback of sorts as Techland prepares a Hellraid DLC for Dying Light. However, it always hurts more when the project was exciting and built up some hype. Darkborn, previously also titled Project Wight or Archenemy, is no longer in active development. The news came via the official Twitter account of the developers at The Outsiders.

Following a gameplay reveal trailer last year, things have not gone well since for the first-person monster simulator. Now, the cancellation has been made official.

“In spite of our best efforts to continue, ultimately we had to make the difficult decision to halt development on the project,” the studio stated. “Perhaps one day we will return to it: we all hope so and genuinely appreciate the support of everyone who followed us over the years.”

Instead of Darkborn, the studio has been working on something else. What that is, however, remains to be seen. Still, The Outsiders calls it “something awesome”. Perhaps some remnants of Darkborn have been brought over to this new project, considering the unique perspective it took.

What could have been

If you are not familiar with Darkborn, the gameplay trailer certainly sets the mood. Rather than casting players as a hero, you took on the role of a vengeful monster. Watching your kin get murdered by humans, your revenge would have seen a journey of blood and death. You would eventually grow into a horrifying monstrosity, capable of ripping your enemies to shreds.

“You yourself are an innocent caught up in a much larger conflict between Powers, the specifics of which become clearer in the course of the game,” project lead David Goldfarb told IGN. “It’s a classic revenge story, but also a mystery: what happened to the world and your people? Can they be saved?”

Sadly, we won’t see the answer to those questions anytime soon. But hopefully, one day, The Outsiders can return to this project and tell the full story of Darkborn.