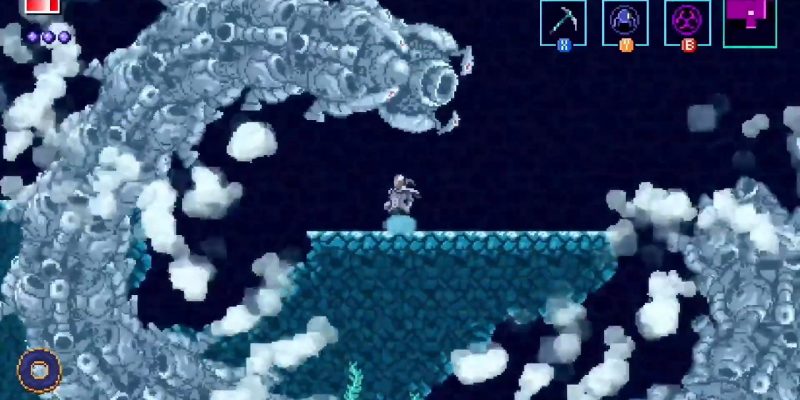 Well, the inevitable news has at last arrived. Axiom Verge 2 will indeed make its way over to PC, but as a timed exclusive for the Epic Games Store. Prior to today’s announcement during the Epic Games Store Spring Showcase, Axiom Verge 2 was only confirmed as a Nintendo Switch release. The original game was made available on PC, however, so we weren’t worried. Not even in the least.

Axiom Verge 2 is a sequel nearly six years in the making. The pixelated Metroid-like (yes, I’m still doing it) created by solo developer Thomas Happ, Axiom Verge made a huge splash when it landed in 2015. According to a message posted today by Happ on his website, Axiom Verge began development a decade ago — and Happ didn’t know the success that was coming his way. Instead, he hoped the game would allow him to buy “a new car or, failing that, maybe a new PC.” Fast forward a bit, Axiom Verge becomes a top seller, and was nominated for Best Independent Game by The Game Awards in 2015.

“To say that life is very different for me now would be an understatement,” Happ wrote. “Axiom Verge is my job now.”

Axiom Verge 2 — toward the future

Happ didn’t specify the kind of deal made between the developer and Epic Games. However, he makes it clear that Epic’s assistance is a boon, allowing him to support his family and work with a little less stress. The game is still slated for a 2021 release date, which it was delayed to following an initial launch window of 2020 — last year was rough. But even though the game is heading to the store as an exclusive, Happ hasn’t forgotten about Steam users, saying “please know that it will be coming your way eventually.”

“The Steam team at Valve has also been incredibly supportive of Axiom Verge, and my decision to partner with Epic on this is in no way a comment on my relationship with Valve,” Happ explained. “Without Valve’s embrace of indie game development so long ago, there might not even have been an indie scene. No Valve, no indie scene, no Axiom Verge.”

Axiom Verge 2 was only one of Epic’s major announcements during its Spring Showcase. The Kingdom Hearts franchise is also heading to the storefront, making it the first time a game from the series has ended up on PC.