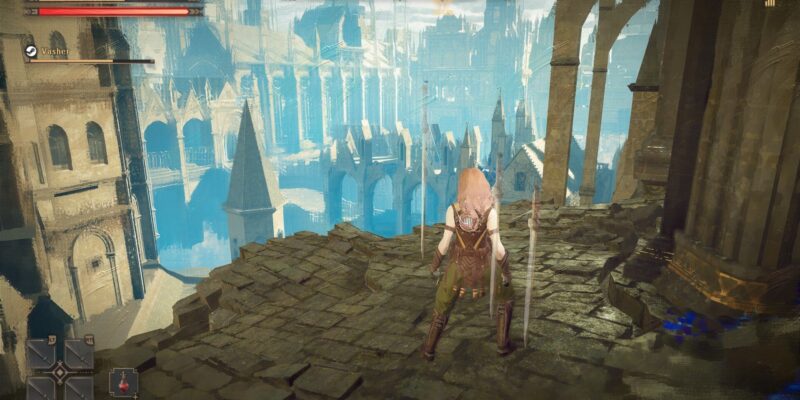 The idea of Platinum Games making a live service game kind of boggles my mind a bit. A game of that sort is about as far from the developer’s wheelhouse as I can imagine, but Babylon’s Fall just had its phase 3 closed beta. I got to put some time into it and, while the enemies are too spongey for my liking, I had a good time. The combat feels like Platinum to me and I’m honestly looking forward to jumping back into the game when it releases in full. I may even try and drag some other people into it with me.

If you haven’t been following it, Babylon’s Fall is a third-person action game based around going into dungeons with a party and wrecking the hell out of some fantasy enemies. At the start of the beta, I was compelled to create a character from one of three classes. Sex, faces, hair types, all the usual assortment is here. For whatever reason, picking a hairstyle didn’t actually adjust it for the character creator, so I wasn’t sure how it would look on the character model once I got in game. Similarly, the classes had headgear on, so I couldn’t get a good sense of the face I was picking either.

Players make use of two main forms of attack. In a unique twist, you’ll equip four weapons at once. Two of these you use physically, the other two are used with spirit, which is what mana is called in Babylon’s Fall. By default, my character was equipped with four swords. The beta had six levels within one area available, and they all focused on navigating linear dungeon corridors while fighting enemies. At the end, a stronger enemy awaits. Once you kick them to the curb, you’re pulled back to the game’s hub. 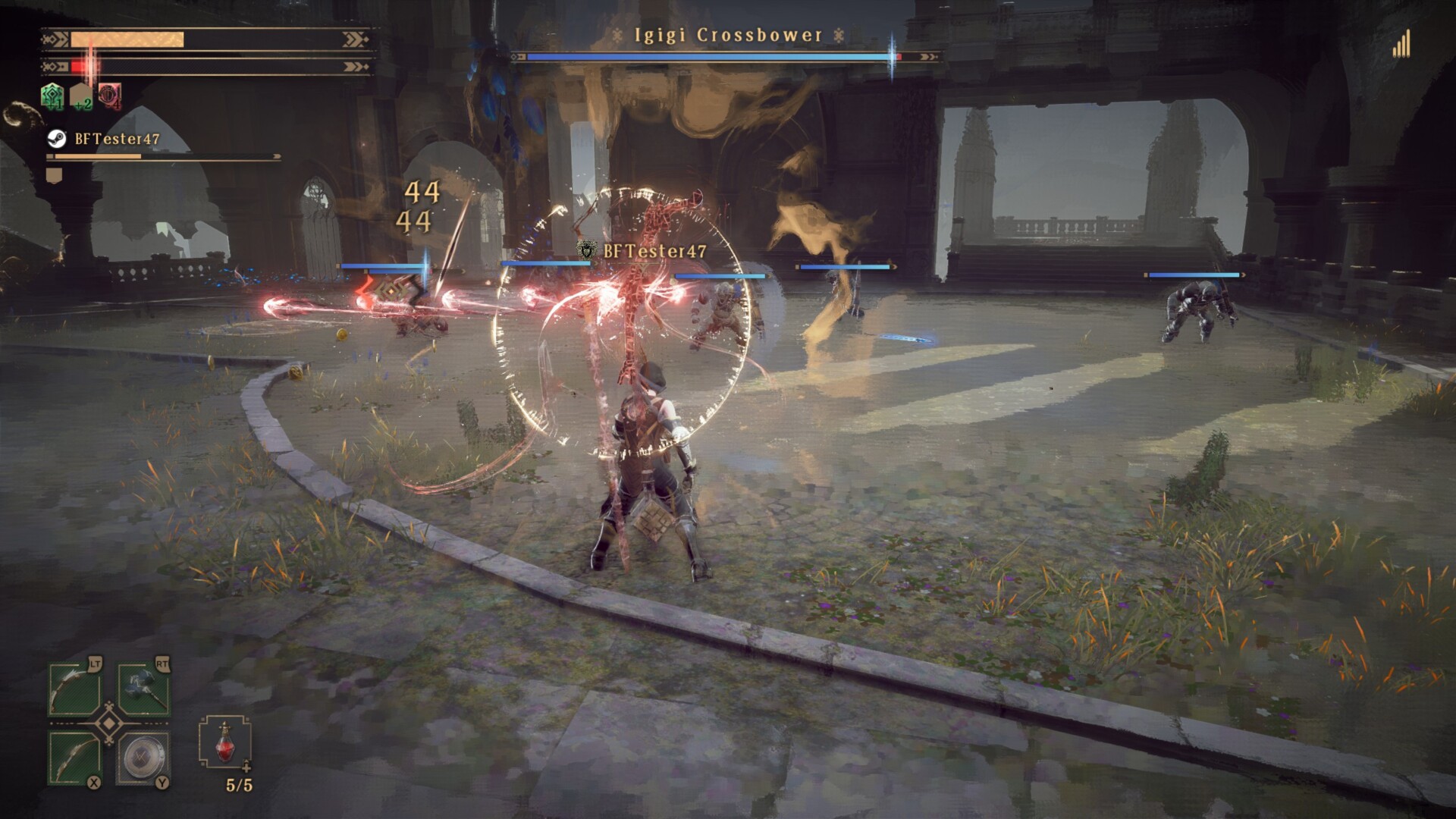 I know people felt that combat wasn’t quite up to par during the last beta, but I thought it felt great this time. In addition to your four attacks, you can also dodge, which uses up a fair amount of spirit. As this is Platinum we’re talking about, you can pull off a perfect dodge if you dodge at precisely the right time. Due to having four weapons equipped at once, there’s a lot of room for both experimentation and variety. One time I went in with two different kinds of bows, a shield, and a big hammer, which made for a decidedly different combat experience.

As I mentioned, I think the enemies are too spongey. Personally, I’d prefer more combat encounters with enemies that don’t take quite so long to chew through. You just kind of have to hit them and hit them and hit them, and it can feel like it takes forever. As you go through the levels, you’ll find pickups that can be exchanged for gear at the end of the level, and there’s so much gear. I like this, as it incentivizes trying out lots of different weapons to keep your DPS up.

Overall, I think the closed beta for Babylon’s Fall is quite promising. The framework seems stable and I even got to fight alongside some randos, one of which basically deserted me during a fight. I’ll never forgive him. I’m certainly not one for live service games, but I’m going to be digging into this one when the time comes. I love Platinum Games after all, and they deserve the chance. 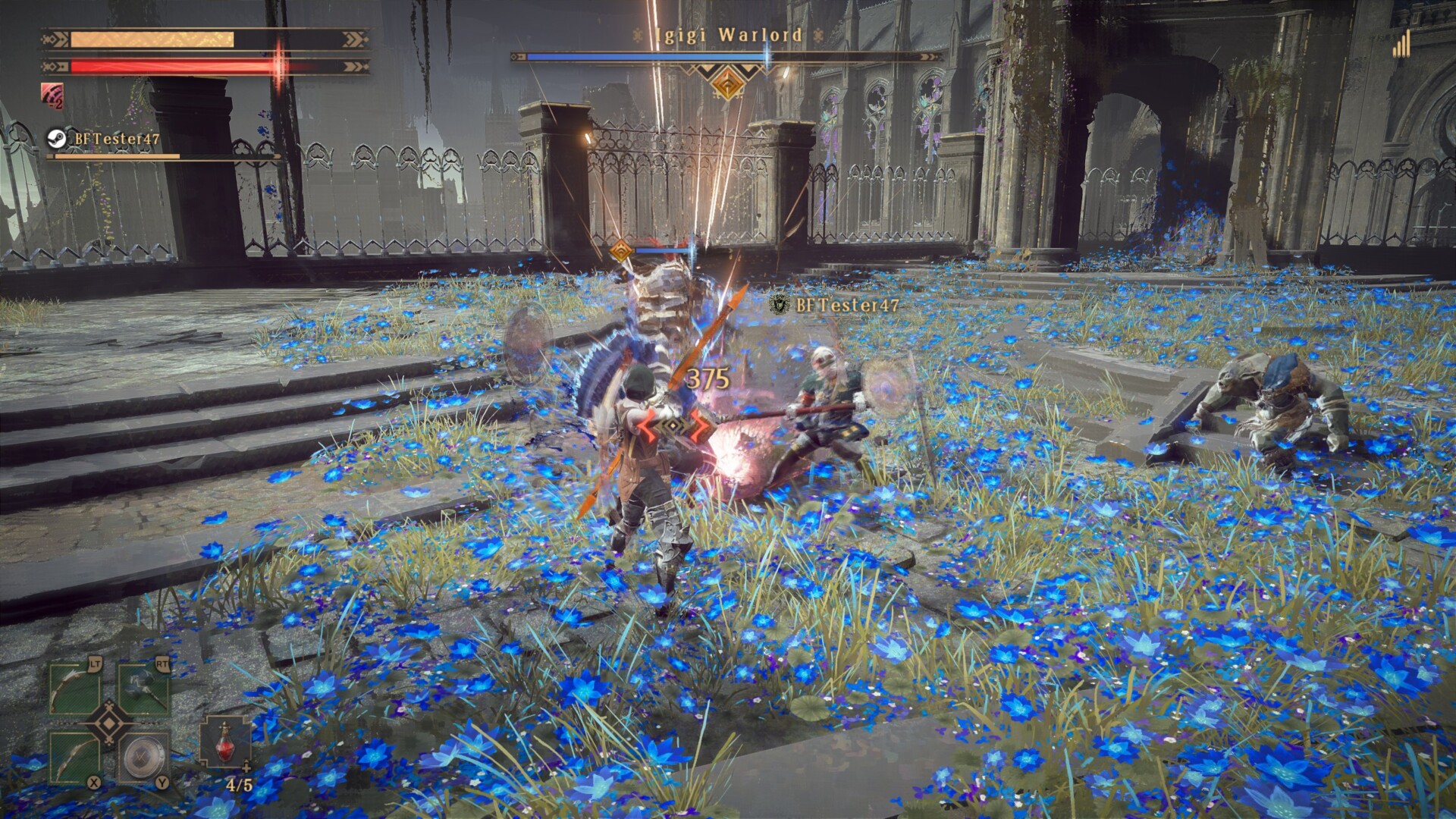