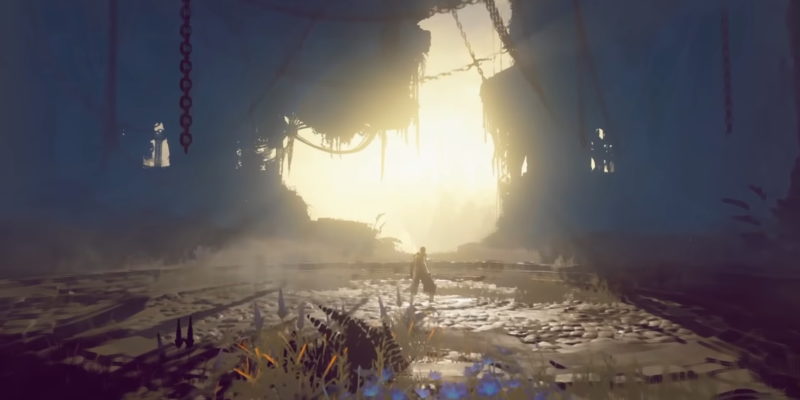 After its debut at E3 2018, Babylon’s Fall at last shows its face. A brief teaser trailer full of steaming, hot gameplay was shown earlier today during Sony’s State of Play conference. The teaser itself is filled with what you expect from a PlatinumGames release: high-speed action, a time-slowing mechanic, and massive boss fights.

It’s a short teaser, but there’s plenty to parse here. We watch as a (so far) nameless hero travels down the craggy pathways of a dilapidated castle. He’s soon assaulted by groups of sword-wielding knights with blue blood and glowing blue eyes. Oh, and there are also some giant bugs because why not.

The gameplay of Babylon’s Fall mimics that of Nier: Automata the most, with massive weapon attacks and particle effects exploding around the action. Our hero uses a sword in one hand, but there appear to also be some spectral swords that float at his back. During combat, he can use his default weapon along with said red blades to continue combos. There is a slowdown mechanic that activates during a dodge.

Along with his arsenal is a glowing grappling line that can pull enemies toward him, or vice versa. This ability is shown to be even more useful in the boss fight against a massive knight. During the fight, he pulls the boss’ weapon out of the air with the grappling lines to then use as his own personal blade. Yes, it looks damn cool.

Pretty as a picture

Babylon’s Fall is an attractive-looking game for sure, but it also uses some kind of filter effect. The effect gives the game a sort of painted look, which makes it damn hard to grab decent-looking screenshots. It’s most obvious when the hero meets up with the boss, where the world around the behemoth is composed of heavy brush strokes on canvas. At first blush, the effect seems a bit overwhelming. I’m not sure I like it, but I have yet to experience it myself.

Babylon’s Fall doesn’t have a solid release date yet, and the website offers little detail. But it is expected to hit PC via Steam next summer in 2020. 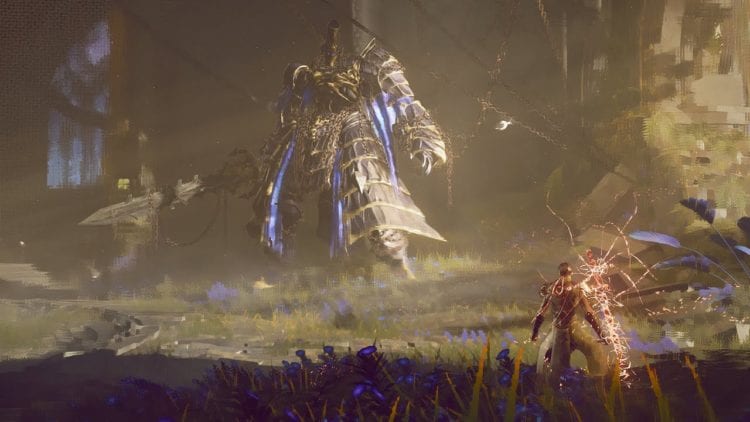