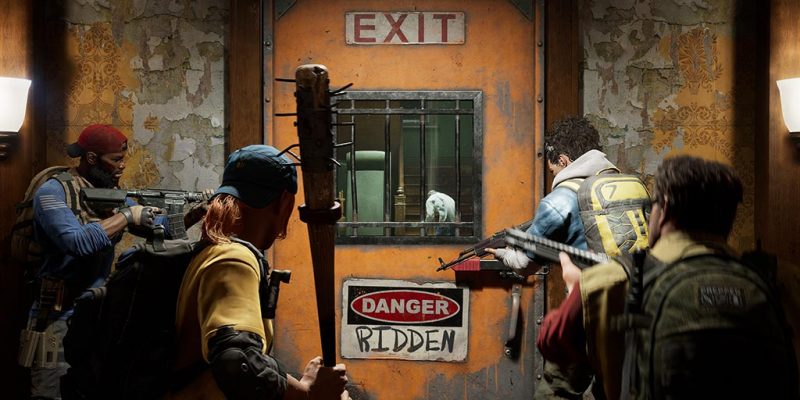 Left 4 Dead fans, this one’s for you. If you haven’t heard of Back 4 Blood yet, pay close attention. The game, from Left 4 Dead developer Turtle Rock Studios was originally revealed at The Game Awards this past December. Since then, sparse news has come out about the game, save for some yesterday. Turtle Rock announced that the game would be pushed back from its June 22 release date to this coming Fall. However, a new developer presentation on Back 4 Blood shown at the Spring Future Games Show revealed some new details on the co-op zombie shooter.

Speaking of footage of the undead getting even dead-er, Turtle Rock executive producer Lianne Papp shared some key story details. In Back 4 Blood, the world is over. A majority of humans are either dead or infected with what’s called the “Blood Worm.” Those that turn into the undead are called the Ridden, which certainly isn’t the worst name for zombies I’ve ever heard. However, a group of veterans known as Cleaners are taking the fight back to the undead.

What shouldn’t be surprising is that Back 4 Blood plays a whole lot like the Left 4 Dead titles, with some notable exceptions. You still run through levels, mowing down both normal and special infected to reach a safe zone. However, the weapons you pick up along the way can be highly varied, from naked guns to suped-up weapons with attachments.

But the real addition that should make every level different is the game’s card system. At the start of each level, the game plays a few corruption cards. These lay out the challenges waiting in the level. Sometimes, the ridden will be lit on fire, or more special infected of one type will spawn than usual. Some corruption cards even alter how special infected work, giving them new abilities.

However, players also have their own cards to draw out of a deck they build themselves. From what we’ve seen so far, these cards can vary from basic to game-changing. Some will increase your character’s health or stamina, while others can boost the rarity of all the weapons that spawn on a level.

It’s a bummer that Back 4 Blood has been delayed, and sadly yesterday’s presentation didn’t give us any updates on the game’s beta. We’ll just have to wait a little while longer to go zombie-smashing with pals.