Back in the early 2000s, plenty of gamers became invested in hunting down zombies and making it to a safe room. Left 4 Dead was a mainstay for many LAN parties, and even more so for players all around the world joining forces to eradicate the undead. However, fans have been pining for a sequel since Left 4 Dead 2 came out in 2009. Sadly, that remains a pipedream. Developer Turtle Rock Studios had announced a spiritual successor of sorts in 2019 with Back 4 Blood, but not much has been revealed since.

Now, however, we finally got something new with a piece of concept art.

Rising from the grave

Granted, this isn’t much, but fans will take what they can get at this stage. Back 4 Blood will still be a co-op first-person shooter where you kill zombies. It will also feature PvP action, a campaign, and a new universe with stories to tell. What connection it has to Left 4 Dead will likely be tenuous at best. As for what else Back 4 Blood might bring to the table, the concept art might be something for us to go off on. 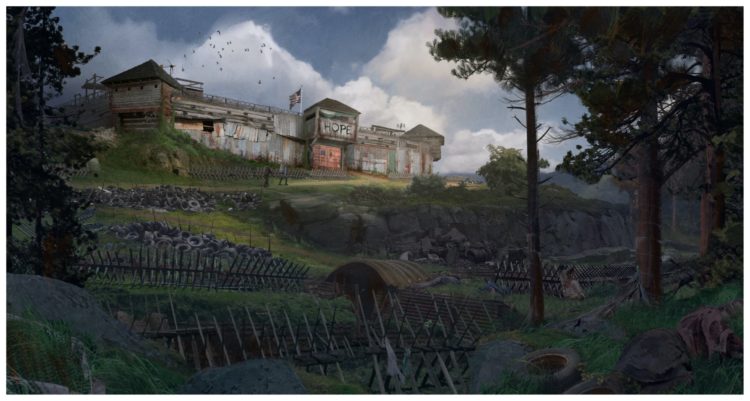 The art, seen above, depicts a fort of sorts surrounded by defenses. This could suggest that people have banded together and worked towards a common goal: survival. Perhaps they are managing the threat of the undead somehow? With a title like Back 4 Blood, it could also suggest that now our goal is not to make it another day. Rather, it could be time to take the fight back to the hordes. Could the fort be where we launch missions from? Can it be upgraded over time? The possibilities are endless at this stage.

As for what will come out of Turtle Rock next regarding Back 4 Blood, the studio stated that the team is working on a trailer. Fingers crossed we will get to see that soon.

We’re working on it ☺️