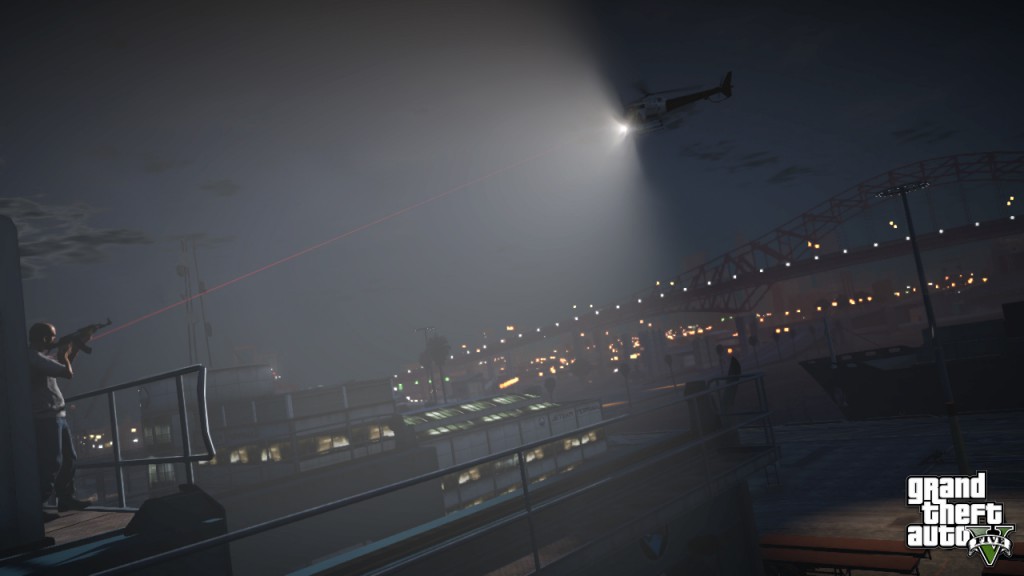 At the rate Rockstar is releasing Grand Theft Auto V images, we may reach critical mass very shortly. By the team’s own words, after this batch they’ll be back with more “in a few weeks or so”. For now though, it’s nice to actually be getting a look at some stuff from the game.

Cast your gaze below for a swanky looking car, more chopper and plane action and what appears to be a chap hanging off the side of car transporter. That’s probably not going to help the company’s health and safety rating.

As ever this is just a screenshot release from Rockstar, so there’s no additional information. People have been joining the dots about a release date though, and it’s not looking great for 2012.

Lifesize Thrall made out of LEGO [World of Warcraft]

How the WiiU pad will be your ZombiU ‘survival kit’ [Video]