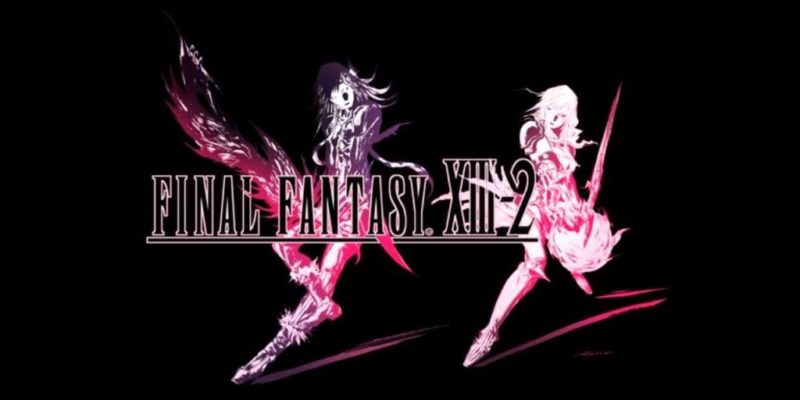 Take a moment to remember Final Fantasy XIII and what it did, both right and wrong. It had a good plot. It tracked some great character arcs. It had an excellent fast-paced combat system. It had a cast that was so irritating I wanted to punch over half of them. It had no exploration or sidequests until almost the very end; it had no NPC chats; it trusted the player so little that it didn’t even unlock the ability to level up for about three hours. Once it stopped going for the world record for Longest Tutorial it was a pretty decent game, but that game was marred ever-so-slightly by the fact that it took 20 bloody hours to do so.
Final Fantasy XIII-2, by comparison, gives you access to all the customisation, sidequesting, and exploration that you could want within the first couple of hours, while retaining its predecessor’s superb combat system. This time around, it’s the plot that suffers.
Going into specifics would be nigh-impossible without spoiling Final Fantasy XIII, so we’ll stick to general terms: after the close of the first game, Serah has memories of her sister Lightning coming home safe and sound – but she’s nowhere to be found, and everyone else swears she hasn’t been seen since. A teen named Noel literally falls from the sky into her life, claiming he was sent by Lightning to find her, and there begins a journey across time and space as Serah tries to reunite with her sister. And, inevitably, save time itself from an impending apocalypse. This is a Final Fantasy game, after all.

It’s a fair setup for a grand time-hopping adventure, but the above paragraph summarises pretty much everything you’ll learn about what’s going on for about half of the game, excluding a few encounters with the game’s probably-the-villain – a chap called Caius who apparently spent a lot of time in the 80s getting fashion tips from glam metal bands. (A purple tiger-print bandana? Really?)
The game certainly has a few memorable and poignant moments but the majority of them are near the end, and much of the story before then involves plodding cutscenes in which people say a lot, but don’t really say anything that matters. It’s not bad, per se – it’s just typical Final Fantasy fluff, done slightly less well than most other recent Final Fantasy titles.
The potential far outweighs the reality in terms of setting, too. This is no Chrono Trigger, sadly: if you were expecting to hop back and forth in time, solving problems in the past to make things easier for yourself in the future, you’re likely to be disappointed. For the most part you’re exploring each region and time period independently, looking for gates to the next area and solving a few problems on the way without much of a thought for how they’ll impact the future. There’s no “go back in time to give jerky to an ancient ancestor so the family learns the value of charity and gives you a useful item in the future” here. Considering the number of wonderful possibilities afforded by time travel (as showcased by, y’know, Chrono Trigger) it feels like a real missed opportunity.

It’s also a shame that the plot doesn’t really resolve. Again, I can’t go into detail without massive spoilers, but I think I can safely say that there are a number of subplots that are never fully resolved, and the actual ending – despite being one of the game’s absolute high-points in terms of storytelling – leaves a lot hanging. It’s certainly worth getting there, but don’t expect everything to be wrapped up nicely.
On the plus side, I don’t hate most of the characters. Serah, Noel, and ex-Poison member Caius occasionally border on criminal idiocy, but they don’t come close to the irritation caused by, say, Vanille, who was so annoying the IncGamers Character Punchability Matrix had to be recalibrated to account for spikes whenever she appeared on screen.
So while they lack Final Fantasy XIII’s strong character arcs, the cast is generally tolerable. It’s sad that they feel like game characters rather than real people – none of them feel nearly as human as Final Fantasy XIII’s Sazh, who was about the only genuinely relatable person in that game – but it helps that they’re all backed up by excellent voice acting, particularly when one of those aforementioned poignant moments crops up.

The production values are high across the board, in fact. The game is stunning both in terms of both artistic style and sheer graphical power; a few of the areas are breathtakingly beautiful, and despite a few framerate drops, the overall design is wonderful. The music features the usual dizzying array of genres, but in a move reminiscent of recent Persona titles, it focuses more heavily on songs with vocals – which, while generally pleasing, leads to one of the most (hopefully intentionally) hilarious chocobo themes I’ve heard in a long time.
The blindingly fast combat from Final Fantasy XIII makes a return, too. The player’s role is less to pick specific attacks (which is mostly left up to the auto-battle option) and more to create a general strategy as the fights go on. You swap your characters between classes as the fights change, hurtling from an offence-heavy Commando/Commando/Ravager class combination to a defensive Sentinel/Synergist/Medic when heavier attacks start to pound in.
While this means that random encounters require less input from you, it also means that they speed by far faster than normal. Conversely, boss battles tend to be lengthy and hectic affairs as you switch from one set of classes to another at a breakneck pace, trying to stay alive, or heal up, or deal damage. I admit to missing the slow micromanagement of earlier titles, but there’s no denying that the system employed here works wonderfully.

It’s helped out somewhat by the ridiculous amount of customisation available. Within the first few hours you’ll have had the chance to unlock every class for both Serah and Noel, levelling them as you like, and – in a Pokémon or Shin Megami Tensei twist – the third party slot is filled with a monster.
There are a dizzying array of monsters to be tamed across the game, each of which has only one class but each of which can be levelled by feeding them with particular items, or infused with other monsters to acquire their skills and bonuses. Crafting a perfect monster is as compelling as it ever was in the aforementioned monster-collecting games, and there’s a certain fanboy thrill to fighting alongside series mainstays like chocobos or behemoths; fan-favourite creatures pop up far more often here than in Final Fantasy XIII, with a moogle by your side throughout the entire game. This even feeds into the minigames, with high-level chocobos performing far better on the game’s racetracks.
Yep: if you’re fed up with the main quest, you can wander along to the game’s casino to try your hand at the slot machines, or bet on (or take part in) chocobo races. Alternatively, you can explore the game’s numerous sprawling regions looking for hidden treasures, or rare monsters to capture, or artifacts to unlock more areas and time periods, or complete side quests, or… look, all I’m saying is that there’s a lot of content here. Enough that, by the time I finished, I still had a half-dozen regions and time periods locked off. And that’s without mentioning the alternate endings to hunt down, or the stuff that’s only accessible post-game, or the forthcoming DLC…

While Final Fantasy XIII-2 doesn’t exactly have the greatest story – or, indeed, the greatest grasp of good storytelling – it’s hard to fault the actual gameplay, which stands in stark contrast to its predecessor. It’s hard to recommend purely on the basis of its storyline (although anyone who saw Final Fantasy XIII through to its conclusion will probably be interested in seeing what happens next, and indeed, seeing what happens next and then seeing what happens 400 years in the future is fascinating) but anyone who loves a decent combat system, exploiting levelling mechanics, growing monsters, or simply exploring a number of truly vast environments to root out all the hidden secrets will have a ball.