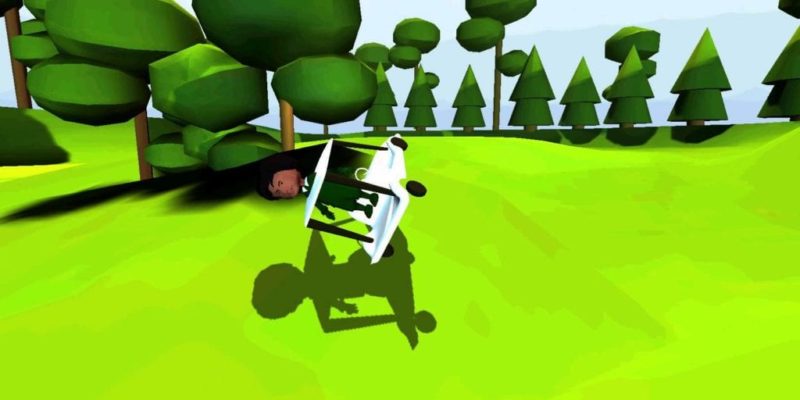 Now imagine somebody trying to shunt you with a golf cart.

If you’ve been keeping up with Double Fine’s Amnesia Fortnight prototypes, you’ll know they’ve been whittled down to four at this point; Dear Leader, Mnemonic, Steed and Little Pink Best Bud’s (Pendleton Ward’s project.) There’s a distinct lack of Bad Golf 2 in that list, because that pitch was too visionary or something.

Ever resourceful, the Double Fine fans have decided to just make Bad Golf happen themselves. Bad Golf: Community Edition has its own thread on the Double Fine forms, as well as the blessing of Patrick Hackett (the mad genius behind the original concept) who commented:

OH MY GOD. Pleeeaaaaaaase do this. I will help in any way I can. Yes yes yes, this is awesome.

The original pitch for Bad Golf 2 was something along the lines of “attempt to play golf while other people are ramming you with carts,” which sounds like a blockbuster title waiting to happen to me.

A couple of weeks in, the 20-some strong team of fans behind Bad Golf: Community Edition has produced some in-game images (above) and some pleasingly demented work-in-progress video (below.)

Thanks to co-developer Josh for word of this.