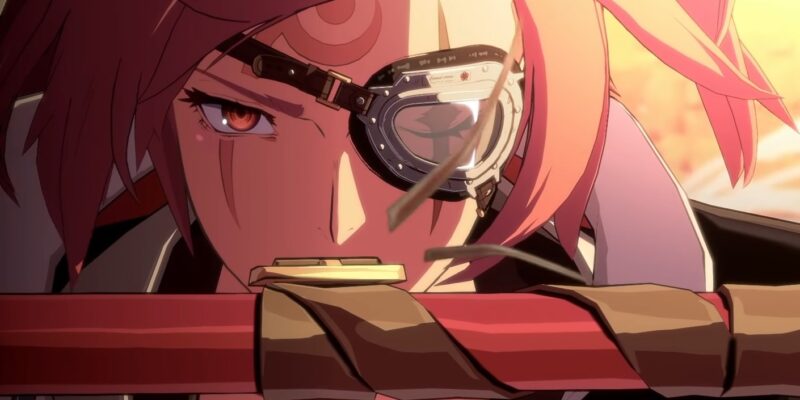 It’s a beautiful day to be a Guilty Gear Strive fan, as a favorite is making a triumphant return. Baiken will be Guilty Gear Strive‘s next DLC character, and she’s getting the Arc System Works’ preferential treatment the whole way through. She is one of the franchise’s standout characters, frequently making appearances in other games such as Samurai Shodown, and Arc System Works is responding in turn.

Her special trailer showcases a new stage that will release with Baiken, which is adorned with a beautiful looking sunset and autumn leaves. But in a cruel twist of fate, the trailer didn’t show off any of her gameplay. Even though the previous trailers for other DLC characters gave us a brief glimpse at how they would play, Baiken is getting the too-cool-for-school minimalistic treatment. She just shows up, looks neat, then bounces. I guess that’s pretty hype.

Baiken was revealed during CEO 2021, one of the first major fighting games tournaments held offline since the start of the pandemic. The crowd went into a suitable frenzy as Baiken was revealed live, with hugs, tears, and other germs coalescing in the crowd. Oh, how I miss offline events and people nerding out together. This is Baiken’s first appearance since Guilty Gear Xrd Rev.2 a few years ago, so it’s been a while since we’ve seen our favorite samurai in a mainline Guilty Gear game.

As for future characters, Baiken’s appearance may confirm the presence of another, previously leaked DLC character. Earlier, voicelines for Baiken and Slayer were uncovered, alongside Happy Chaos, Jack-O, Asuka, and Jam. With only one more slot available for Season 1’s DLC pass, the final character will likely be a fight between Asuka (That Man), Jam, and Slayer. In the meantime, you can dust off that controller for Baiken’s appearance once she drops in Guilty Gear Strive this January.