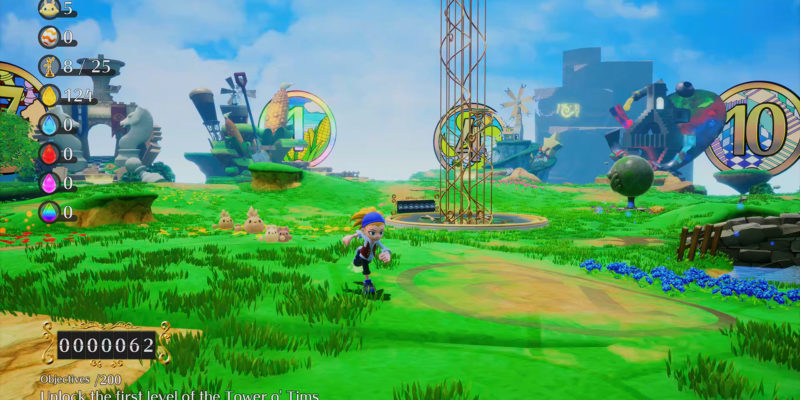 We haven’t heard much on Balan Wonderworld, the bizarre action platformer coming from the creators of Sonic the Hedgehog, since its announcement. Unveiled during the Xbox Games Showcase in July, the game is the result of two Sonic creators joining forces once again for a new project. Today, following Nintendo’s latest mini Direct, publisher Square Enix revealed Balan Wonderworld will launch for PC on March 26, 2021.

It’s still going to be quite a while until we try the game for ourselves. But we’ve only just wiped the sweat from our foreheads following yesterday’s hectic dump truck of trailers and disappointments. I’m fine with the break.

Balan Wonderworld is an interesting beast, but I find its creators even more fascinating. The game is coming from Sonic Team co-founders Yuji Naka and Naoto Ohshima. Naka was the programmer on the original Sonic the Hedgehog games back on the Sega Genesis (before moving on to lead the company). Ohshima was the hand that grafted Sonic’s blue spines onto his head. The two developers haven’t worked on a project together since 1998. And that was with the Japanese launch of Sonic Adventure on the Dreamcast. Hopefully, the time apart didn’t rob them of their magic.

Both creators were also responsible for Nights into Dreams on the Sega Saturn. The influence of both franchises is clear in the trailers for Balan Wonderworld. The game is almost a blend of Sonic and Nights, offering third-person running and platforming in brightly colored and surreal environments. Balan, who looks like Nights’ sharp-dressed cousin, isn’t the protagonist, however. Instead he guides you as you make your way through the world, flying, climbing, and trying on more than 80 different costumes.

Said costumes provide the action part of this action-platformer. In Balan Wonderworld, what you wear is what you do. In provided examples, the Air Cat costume will let you walk in the air for a short time, while the Pumpkin Puncher outfit let’s you take out obstacles and bash foes.

Balan Wonderworld releases for PC via Steam on March 26, 2021.

By Jake Su15 mins ago
Industry

By Jake Su31 mins ago
Industry