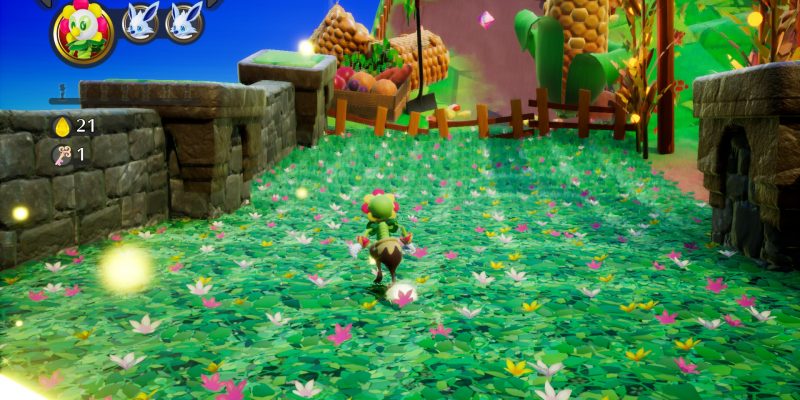 There are a lot of different costumes in Balan Wonderworld and a lot of places to use them. In case you’re curious how you’re supposed to be acquiring and switching between your character’s costumes, then this is the place for you. This Balan Wonderworld guide breaks down everything you need to know about swapping to a costume or adding it to your collection.

Collecting different costumes sounds like it should be the simplest thing in the game. However, it is not that simple. First off, in order to put on a costume, you’ll have to find a key nearby. On many occasions, you’ll find a key near more than one costume, so you’ll have to choose wisely. If you don’t have a key on you, you won’t be able to grab a costume crystal and put a costume on. Leo and Emma can carry three costumes at once. If all three slots are empty, grabbing the first costume fills up the leftmost slot. A second one takes up the middle. Finally, a third one will take up the rightmost slot.

Things get a bit trickier when you’re already carrying three costumes in Balan Wonderworld. The game doesn’t quite explain how this works, so I’ll explain it. If your current costume inventory is full, then the next costume you pick up will immediately occupy that rightmost slot. In other words, to make sure you keep a specific costume (rather than accidentally send it off to storage), you’ll need to place a costume you no longer want to use in that rightmost slot. Another way to explain this process is via the left and right swapping mechanic. The costume you swap to when you hit the left bumper on your controller will be the one that’s replaced when you pick up a crystal. The bottom line here is be careful. 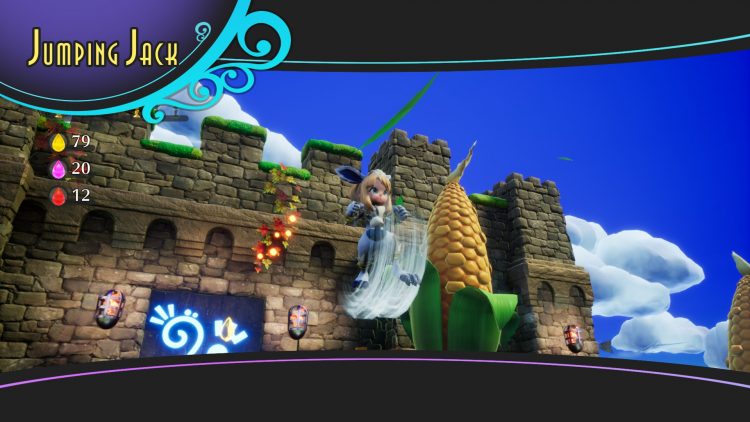 As you explore the levels in Balan Wonderworld, you’ll find checkpoint circles. These are more than just save spots. If you stand still in one for a few seconds, it will grow dark and a dressing room will appear. Walking into it will reveal what costumes you have in storage. There are two ways to place a costume in storage. In the first method, the costume occupying the rightmost slot when you acquire a new one goes to storage. You might assume it gets thrown away, but it actually gets directly deposited into your wardrobe. Each costume icon in the wardrobe has a number by it, so you can actually use pickups to boost your costume count this way.

The other method for costume storage is more direct. You simply need to use the wardrobe and store it. You should probably store all of the costumes you won’t be needing for each of Balan Wonderworld‘s levels because you risk losing them while wearing them. If Leo or Emma gets hit a single time while wearing a costume, it’s gone for good, and you’ll have to go find another key and crystal.

I hope this Balan Wonderworld guide to costume changing answered most of your questions. There are a ton of costumes in the game, and it can be tough to keep track of them all. But where there is a will, there’s another stupid costume that lets you extend your jump a little bit. 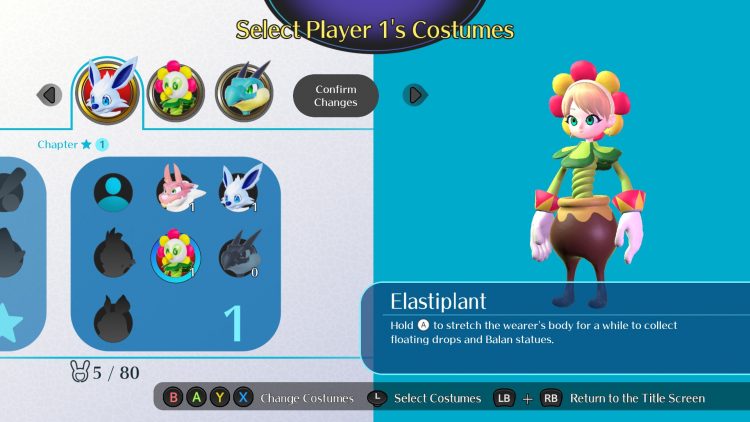