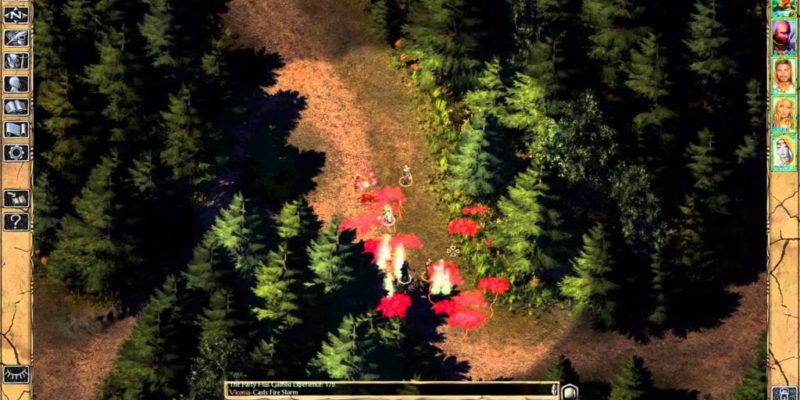 It’d be terrible if we forgot that Baldur’s Gate 2: Enhanced Edition is due out on 15 November. That’s presumably the same reasoning Beamdog have, which I suppose is why they’ve just released a trailer showing it off in all its retro glory.

Baldur’s Gate 2: Enhanced Edition is an update of Baldur’s Gate 2 and its Throne of Bhaal expansion pack, aimed at fixing multiplayer, improving the interface, adding in all sorts of graphical improvements, and hurling in a bunch of new quests and characters – much like a wizard might throw a fireball. (Although said wizard would have to memorise the spell first, and be capable of casting Level 3 spells. The more you know, etc.) It was beset by mysterious legal troubles that were – equally mysteriously – cleared up at the end of August.

Pre-orders have been open since said legal troubles cleared up, and you can have a gander at the trailer (which manages to avoid spoiling anything; a fairly impressive feat since the opening of Baldur’s Gate 2 spoils the main plot twist of the previous game) below.

Witcher is it: CD Projekt Red and Dark Horse Comics tease a thing