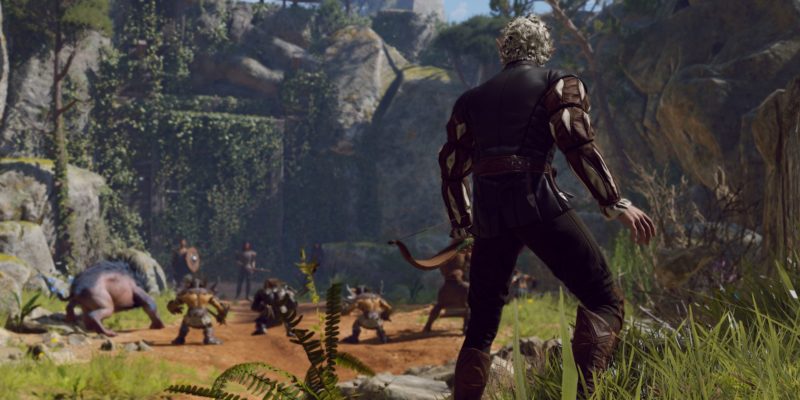 Some rough news this morning, RPG fans. But it’s not as bad as you think. Larian Studios has delayed the Early Access launch of Baldur’s Gate 3. Yes, again. There was a time when we expected to have the game in our hands in August, but fate decided against us. The game had a “really good chance” of entering Early Access on September 30. But it wasn’t good enough. Thankfully, this latest delay is only for a week. Baldur’s Gate 3 will surely, undoubtedly, release into Early Access on October 6. Hopefully.

Developer Larian Studios noted some issues leading up to the September launch. In the Twitter message today, the team cites “some stability issues we’re sifting through.” Larian explained that there were some translation delays on top of everything, and it’s taking some extra time to make sure international players will be happy with the localization.

“We’re nearly there but we had a few unexpected delays, and we still have some stability issues we’re sifting through,” Larian wrote in its message. “Because of the delays, our translations are also later than expected and we want to ensure localization for the announced Early Access languages is strong enough for our international fans to have a good time.”

You can read the entire message below: 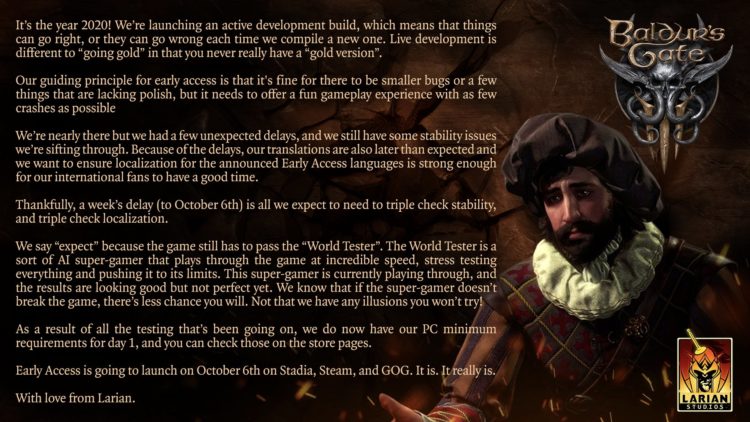 I, for one, support delays. After all, it’s better to delay a game until it’s good, than push out something undercooked. And that isn’t some new sentiment. It’s been repeated often, usually in better ways by better people. Anyway, the delay this time around isn’t all that bad, and if the end result is a better experience, then we all benefit.

One good result of the delay is that now we have the minimum specs for Baldur’s Gate 3. Larian recommends at least an i5-4690 or AMD FX 4350 CPU, and a GTX 780 or Radeon R9 280X GPU to run the game. It’s not bad, considering the game looks rather pretty. You may, however, need to free up some hard drive space. The game requires 70 GB to install.

Baldur’s Gate 3 will enter Early Access on PC via Steam, GOG, and Stadia on October 6 for $60 USD.

By Tim McDonald29 mins ago
Features