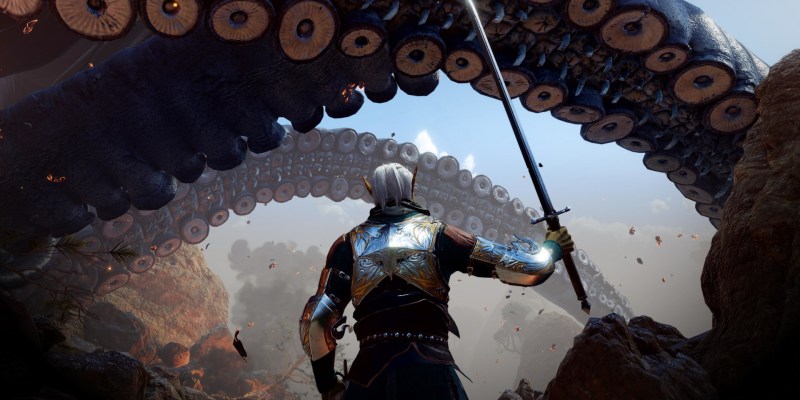 Baldur’s Gate 3 is part of Steam’s Early Access program. Developed by Larian Studios, the company behind the Divinity franchise, this latest offering is bound to wow you with a rich and vibrant world and an unforgettable story. However, it’s still unfinished. The Early Access stage only provides the first act of the game. Likewise, because it’s still-in-development, you’re going to encounter a few bugs and issues.

To be clear, this is not an official review — that’ll come eventually once the game’s 1.0 version is live. This is merely to point out whether you should grab it now at this stage while bearing in mind that it’s fully-priced at $59.99 USD already. So, is Baldur’s Gate 3 worth it? Let’s find out.

Beware of the squid

The story of Baldur’s Gate 3 starts off with a bang. A Nautiloid, a gigantic “squid ship,” floats around destroying cities and snatching people into its innards. You happen to be one of those caught in its trap. Like a creepy, Lovecraftian nightmare mixed in with a bit of The Matrix, a Mind Flayer — a.k.a. “Squidface” — approaches your pod and puts a tadpole in your eye. Yuck!

However, not all is lost. The Nautiloid gets attacked and you have a chance to escape. 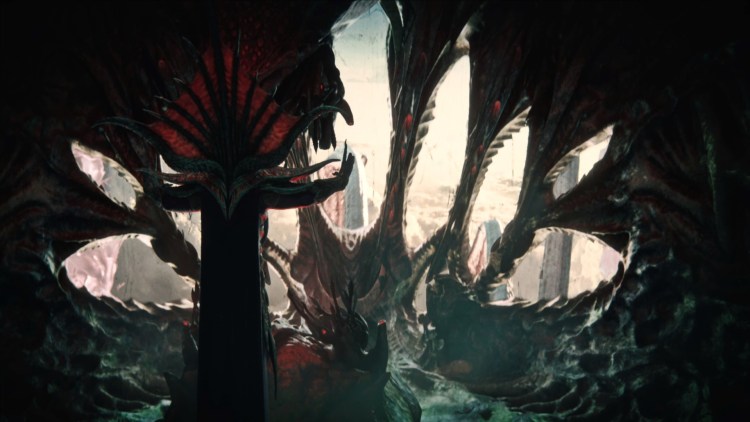 Before you head outside your pod, you’ll first need to create your character. Baldur’s Gate 3 offers many races and backgrounds, as well as several classes to choose from. They are the Cleric, Fighter, Ranger, Rogue, Warlock, and Wizard. Each class has its own strengths and weaknesses, and you may also select a subclass. In some cases, it’s during character creation while, in others, it’s after you’ve hit a certain level.

Notably absent is Baldur’s Gate 3‘s origins selection. There’s supposed to be a feature that lets you play as any of the named companions (more on these later). but for now, you can only start a character from scratch.

Speaking of absent, we’ve also yet to see starter classes like the Bard, Paladin, Druid, and more. They’re likely to be added as the game is updated. 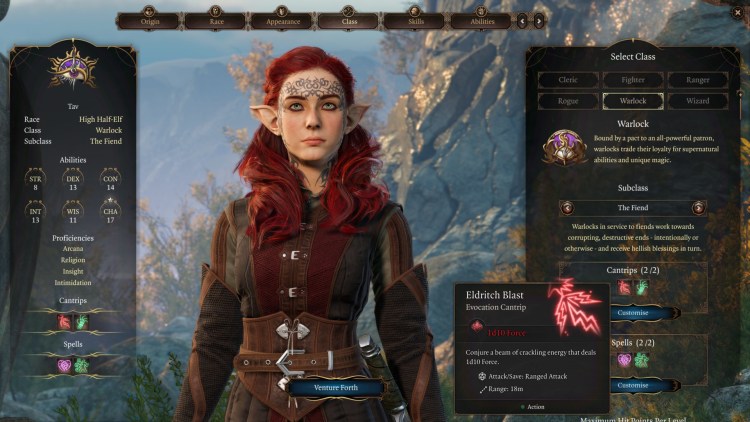 The vibrant world of Baldur’s Gate 3

The prologue inside the Nautiloid also acts as Baldur’s Gate 3‘s tutorial. Once you’re outside, you get to explore a lush, verdant wilderness.

Beyond this point, you’ll find rushing rivers, clear beaches, ruined chapels, underground labyrinths, goblin camps, druidic ritual sites, and more. Every area and destination feels different from the other, and there’s a certain layer of verticality to it that would astound you. Larian Studios has truly done a wonderful job crafting this world and the visuals will leave you in awe. 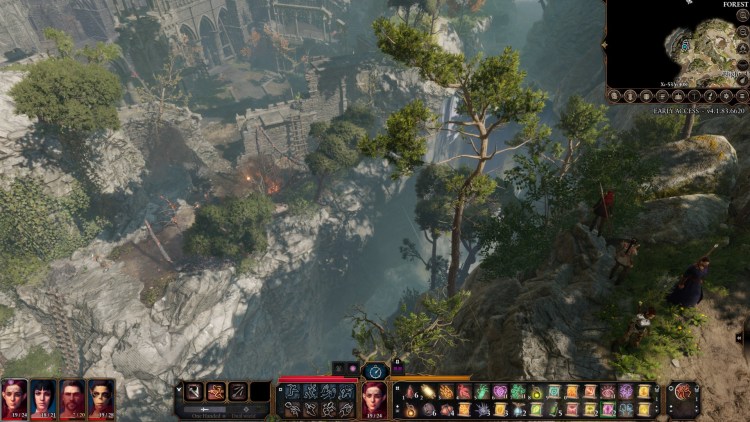 The main downside is that you might experience a handful of crashes. Prior to the game’s second hotfix, I sometimes encountered crashes when I returned to the main menu or when I just loaded in. The suggestion put forth was to use DX11 instead of Vulkan (which I followed). Unfortunately, that didn’t help matters. As such, the past couple of days have been a long and arduous road for someone like me — a guy who likes to “save scum” just to see all possible results.

Other issues include quest tooltips that seem to be broken, missing item icons, and looping conversations. There were also graphical glitches such as screen flickering, continuously blinking textures upon loading, and character models popping up as if to surprise you. One of the most memorable moments happened when I was exploring a crypt. The Hooded Skeleton suddenly appeared without warning even though I’ve yet to open his sarcophagus. I know this is a fantasy RPG, but that incident made me gasp as if I was playing a survival horror game. 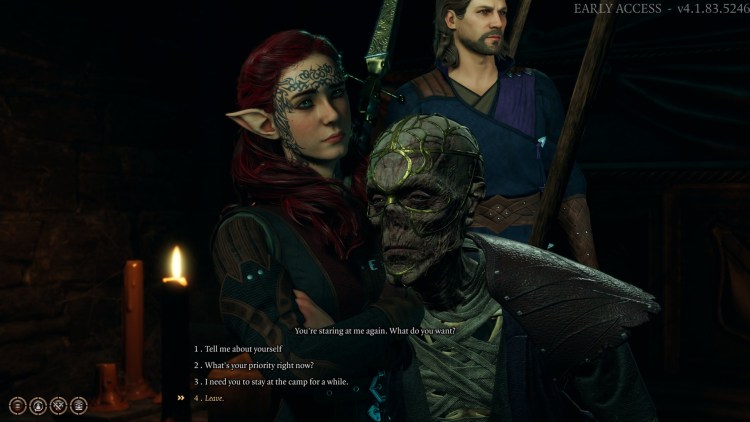 UI clutter and the need for tweaks

Other issues were also prevalent, namely when it comes to Baldur’s Gate 3‘s UI. Perhaps Wasteland 3 spoiled me a bit. When I previewed the game back in March, I was told by inXile head Brian Fargo that the team wanted Wasteland 3 to be more streamlined and accessible. It didn’t mean that the game won’t punish you for mistakes. Rather, Wasteland 3 eschewed some tired, old concepts from CRPGs to bring it to a new age.

This meant a few tweaks: quick button presses to group up all characters or control them individually, inventory being shared across your entire party (which means encumbrance and carry weight are no longer problems), and the character with the highest skill coefficient gets taken into consideration during skill checks. During my review playthrough, I didn’t need to worry about those unnecessary bits bogging me down.

None of these are present in Baldur’s Gate 3, and these aging ideas hold it back. Grouping and splitting up your party members can be a nuisance. Meanwhile, managing each character’s inventory space becomes tedious, and having different companions selected means different stats are used whenever you “roll.” Worse, one button isn’t even enough to highlight all objects and characters you can interact with on-screen.

This might make you think that Larian Studios decided for Baldur’s Gate 3 to rely on “old-school traditions,” perhaps so that it can “remain true to the spirit of the franchise.” However, I didn’t necessarily feel that inXile made Wasteland 3 stop being a Wasteland game just because it got rid of those “old-school” systems. That’s why I’m hoping that Baldur’s Gate 3 does get these updated tweaks later on. 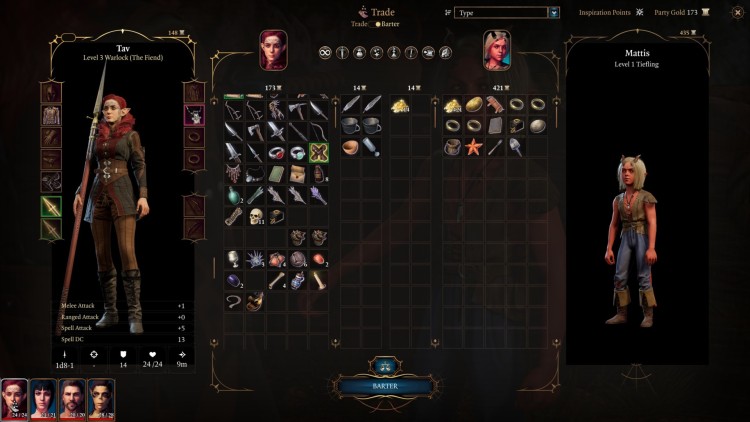 What I can continue to appreciate, alongside Baldur’s Gate 3‘s visuals, is the turn-based combat system. It uses initiative which means each character follows a “turn order” before they can act. By default, you’re able to move, commit to an action, and do a bonus action each unit’s turn.

Likewise, as mentioned in our combat guide, certain classes are given a plethora of cantrips, spells, skills, tactical moves, and more. All of these make battles more dynamic, free-flowing, and deeply engaging.

Heck, I even decided to quit with my Fighter playthrough so I could reroll as a Warlock. I’ve been casting Hex and spamming Eldritch Blast, all while my subclass perk heals me for each enemy I kill. My other companions (up to three can join your party at any given time) complement my playstyle due to their specific capabilities. Outside of battles, each companion has a distinct personality and quirk from the secretive Shadowheart to the more unpredictable Astarion. 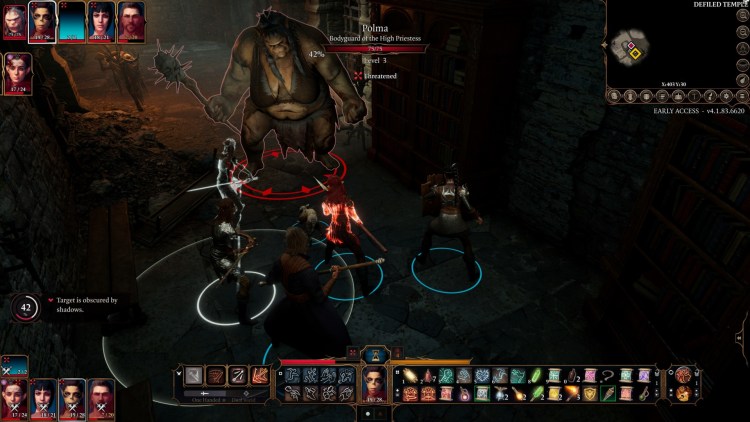 Roll for the win

If that’s not enough, another facet of Baldur’s Gate 3 that I truly enjoyed is the aforementioned skill check system (with an accompanying virtual dice roll to boot). Yes, although I was frustrated by a random crash here and there, I couldn’t wait to reload my save just to see different outcomes, and boy, there were a lot of them.

You’ve got everything you could want such as pulling out someone’s brain to turn into, you guessed it, a “sentient brain companion.” There’s also a moment when my character was afflicted by poison, and I had to make several successful rolls just so they could be given an antidote. In another section, I was able to hire ogre mercenaries, and then I befriended a dog and an owlbear. 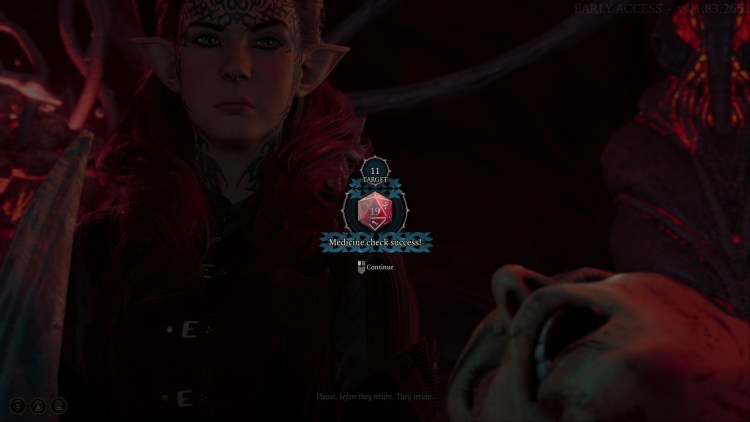 That “tadpole in your eye” cited earlier even plays its part. At certain times, you could use that to invade the mind of your companions or various NPCs, allowing you to twist and warp their reality to favor you. At one point, I used it to detect a character’s lies and secrets. In another instance, I used it to manipulate the Myconids, a bunch of humanoid hybrids. Some of these dilemmas also concern your companions since they may approve or disapprove of your inclinations.

There’s something about Baldur’s Gate 3 that genuinely wants me to keep playing, and that’s because I’m eager to see how the lore and ideas progress with each choice. There’s a bigger story out there that’s waiting to be told. 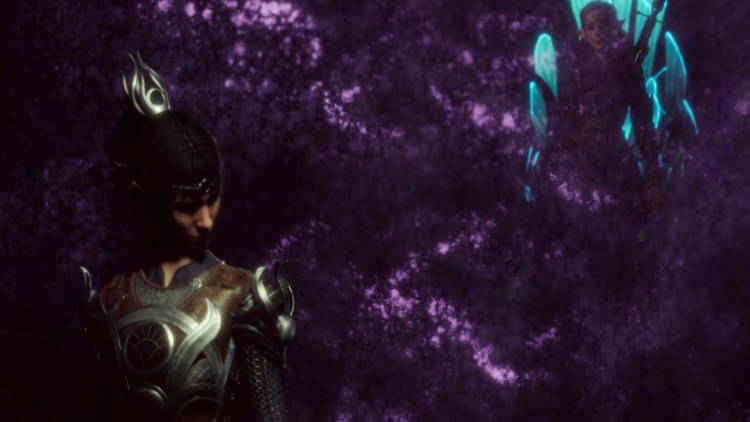 Is Baldur’s Gate 3 worth it?

Ultimately, the answer to that question will come down to the price and how willing you are to part with $59.99 USD for an unfinished game. There’s a lot to enjoy here, and a lot to be engrossed by. But, there are also problems that’ll frustrate and annoy you to no end.

Given that it lacks a lot of content — only the first act is available and the level cap, at the moment, is just level 4 — you’re going to feel that your journey ended abruptly. Worse, if there are future updates that might change quests, tweak a few issues, fix items and dialogue, or add new classes and mechanics, you might end up starting with a new game just to experience what you missed out on. That’s a dice roll you’ll have to make on your own, and I do hope you find that choice worthwhile.

If you decide to go this route, you can pick up Baldur’s Gate 3 via Steam. Don’t forget to check out our guides and features hub if you need help along the way. 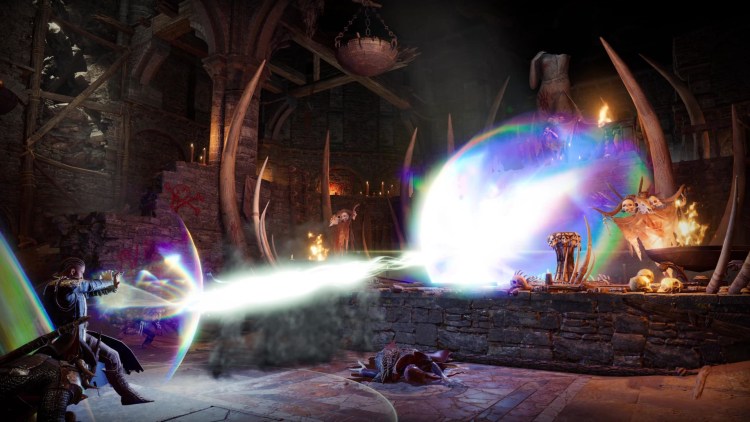