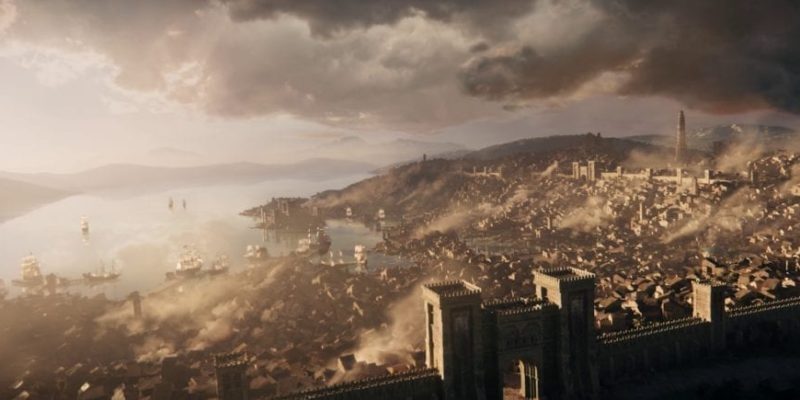 Last summer, we got a glimpse at the upcoming Mindflayer invasion in Baldur’s Gate 3. That CGI trailer was pretty brutal (seriously, it was absolute body horror), but it also gave us a few hints about the setting and plot of the game. It’s been a while since we’ve heard anything from developer Larian Studios, but their Twitter account just released a short teaser. Apparently, “something’s brewing” for February 27.

To mocap a Mindflayer

The teaser doesn’t show any gameplay, instead providing a behind-the-scenes glimpse at the development. Interestingly, it seems to focus on some mocap. CRPGs aren’t necessarily known for high-quality animations, so that makes me wonder if there might be more to dialogues than your usual CRPG. Could we see a system similar to Fallout and Fallout 2 with high-quality 3D models of important characters? Or perhaps you zoom in closer to characters you’re speaking with? On the other hand, this may just mean that the game will have some CGI cutscenes.

Either way, I’m excited to see so much work going into the return of such a classic RPG. Also, they have an orchestra. Here’s hoping we get to hear some bombastic Baldur’s Gate themes again.

In addition, the teaser gives us a brief glimpse of a photographer capturing pictures of waves crashing on a rocky beach. Baldur’s Gate is part of the Sword Coast and is situated very close to the Sea of Swords in Faerûn, so maybe we can expect to spend some time on or near the sea. Mindflayers are very much inspired by nautical creatures, and their spaceships (yep, that’s right) are modeled after nautilid shells. They also tend to hide their colonies and ships, so maybe they’re hanging out beneath the Sea of Swords. Baldur’s Gate 2 saw players venture to an underwater Sahuagin city before venturing into the Underdark, where you also encountered a Mindflayer dungeon. So it’s not a stretch to say we might return to the sea in Baldur’s Gate 3.

Larian Studios have more than proven themselves capable of making a captivating CRPG experience. After all, Divinity: Original Sin 2 is probably the best CRPG of the last decade. Whatever is brewing might just be an announcement or a behind-the-scenes feature, but it could also be something even bigger.

Dragon Ball Z: Kakarot – Quick tips to get you started