Wizards are masters of magic in Baldur’s Gate 3, manipulating the elements and bending arcane forces to their will. Here’s our Wizard class guide to help you out.

Are you ready to burn enemies to a crisp, freeze them to death, or zap them with lightning? Then the Wizard class in Baldur’s Gate 3 will offer you a lot of options in this regard. Here are the class’ features:

Note 1: Each time the Wizard class levels up, it gains HP based on its Constitution stat plus a d6 (6-sided) dice roll. Yep, out of all the starter classes in Baldur’s Gate 3, the Wizard will have the lowest dice roll coefficients when it comes to extra HP each level-up.

Note 2: The Wizard does not have subclasses available at character creation. Instead, you can choose to become part of the Abjuration School or the Evocation School once you reach level 2. The Wizard class in Baldur’s Gate 3 has 12 cantrips available. You may choose three during character creation: The Wizard class in Baldur’s Gate 3 has a whopping 19 spells available. You may select up to six of these. From these choices, you get to pick three which are considered “prepared spells.” Anyway, here they are:

Note: I honestly found the Warlock’s spellcasting capabilities more straightforward (and damaging to boot). Still, I guess you could go with Magic Missile as one of your choices here because it’s one of the more “iconic” spells. Certain skills here will be active depending on your character’s background. In general, however, you should see the following for the Wizard class (you can pick up to two): 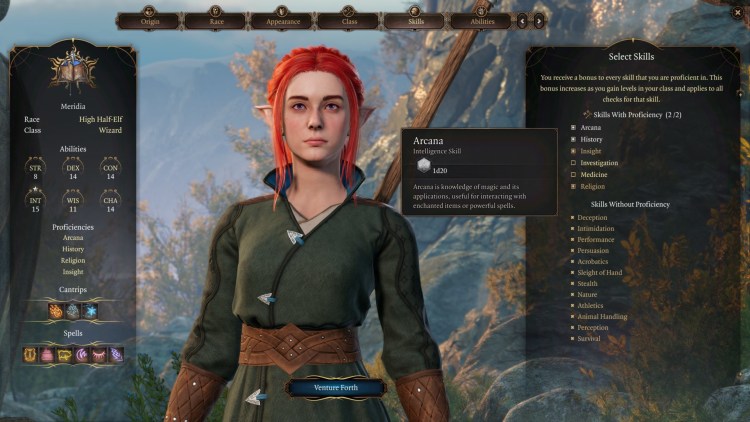 When it comes to your abilities/attributes, INT is your primary stat. It determines your spellcasting capabilities and the likelihood that your magic will actually hit targets. In fact, barring subclass picks for others, the Wizard is probably the only one where INT isn’t considered a dump stat.

Anyway, DEX and CON are also important. The former is because you want to gain just a bit of initiative (to ensure that you can cast your spells before opponents take their turns). The latter, meanwhile, is because you’re severely gimped already when it comes to HP gained per level-up.

The actual dump stat for this class is STR. You’re a flimsy caster, a glass cannon of sorts. There’s no way you’ll want to bonk people in the head at close range. 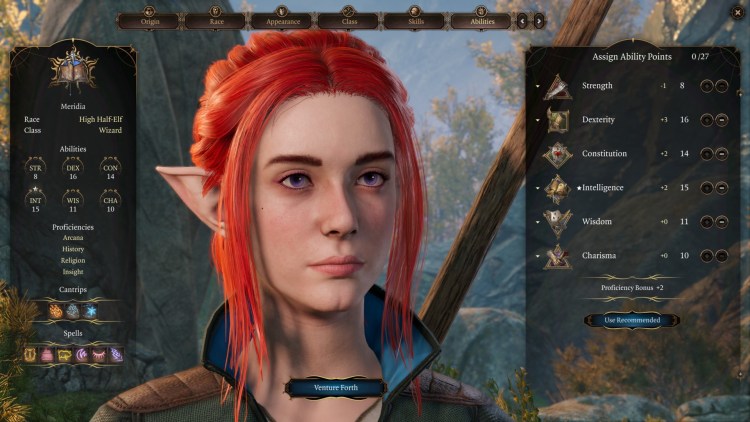 Baldur’s Gate 3 is available via Steam’s Early Access program. For more information, check out our guides and features hub.