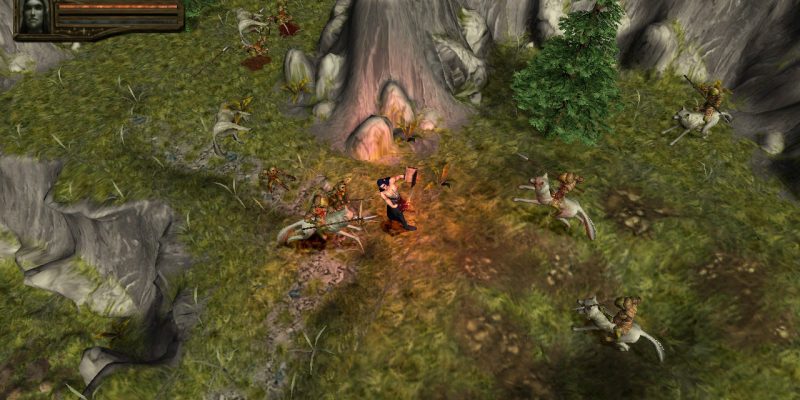 Baldur’s Gate: Dark Alliance will be joined by its sequel later this month. Dark Alliance II has a release date of July 20, bringing more than 80 levels filled with monsters to slash your way through. Like with the original, this will mark the first time Dark Alliance II is available on PC. It arrives on both Steam and GOG, with all the modern upgrades.

Dark Alliance II is getting the remastered treatment when it reaches its release date. The action RPG ditches its native 4:3 aspect ration for widescreen and supports resolutions up to 4K. It’s also verified on Steam Deck, so you can take the fight to hobgoblins on the go.

However, due to its age, the upgrades won’t be too robust. The original game could only manage 60 fps after it was ported to PC. It also plays a bit rough with the mouse and keyboard, and favors controller input. And, like the first game, Dark Alliance II will only have local co-op support for two players. It will support Remote Play, but my experience with the tech has been dubious at best.

Delve into the dungeons once more

Despite the issues, however, having Dark Alliance II finally on PC is great news all around. Both it and the original were solid action RPGs back in the day (this being the time of Xbox and PlayStation 2). The sequel also brings a lot of upgrades, such as increasing the character class count from three to five. Or seven, if you find the two hidden characters. There are over 80 levels to clean up, along with a ton of equipment and loot to gather. The game is also highly replayable, boasting four difficulties.

Baldur’s Gate: Dark Alliance II originally launched back in 2004. Developer Black Isle Studios’ current situation is unknown after going dark in 2014. However, its legacy lives on with the latest remasters.

Skyrim Together Reborn co-op mod passes 90,000 downloads, creators are moving to ‘other projects’