Larian Studios held its “Panel from Hell” today to discuss various aspects of development for the highly anticipated Baldur’s Gate III release. The panel featured several prominent individuals involved in the project from developers to voice actors. As you might expect, they answered questions and talked details about the game while teasing upcoming features as well.

The most notable announcement was the mention that the previously delayed Early Access version had a new target release date. Swen Vincke, Larian’s creative director and founder, suggested the Baldur’s Gate III release could arrive as early as September 30. Vincke didn’t commit to the date, but he did assure fans the studio has “a really good chance of hitting it.” One of the primary concerns for the Larian team at this point is to optimize the game before unleashing it to the world.

The Panel from Hell did however provide some concrete details about what fans can expect when Baldur’s Gate III releases. The Early Access version alone is shaping up to be one of the largest games its ever created. Larian proved that point by comparing its scale to a previous project. Furthermore, the initial Early Access build will include five Origin characters of various classes. Vincke named Astarion, an Elf/Vampire Rogue; Gale, a Human Wizard; Lae’zel a Githyanki Warrior; Shadowheart, the Half-Elf Cleric; and Wyll, a Human Warlock. There will also be options for custom character creation. Lastly, Vincke confirmed that more Origin characters will be added throughout the Early Access period. 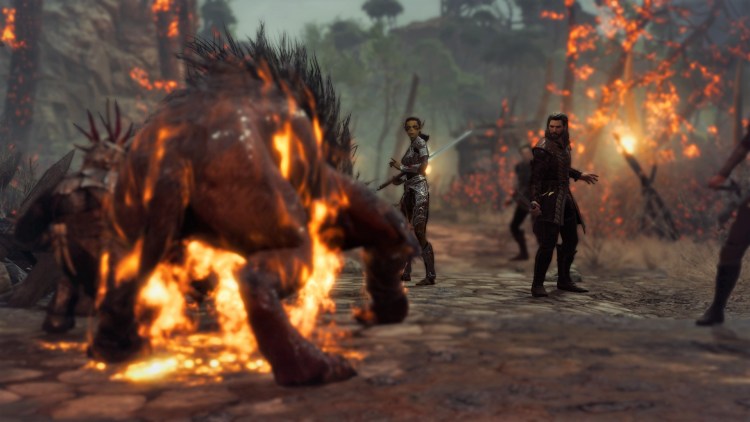 Bigger, better, and more beautiful than anything before

On top of the lengthy panel discussion today, Larian Studios also revealed the hardware system requirements for the upcoming RPG via Steam. I’d say they’re a bit demanding, but Larian expects the requirements to go down as performance is refined across the Early Access period. Furthermore, we’re expecting to see another new generation of gaming hardware in the very near future. For something as special as Baldur’s Gate III, you may want to upgrade.

While the lack of a definite Early Access release date may not satisfy everyone, it’s certainly better than nothing. Many games have suffered delays this year, which make the previous Baldur’s Gate 3 release date failures nothing out of the ordinary. It sounds like we’re finally getting close to an actual launch though, which will mark the end of the 20-year wait for a series sequel. In the meantime, you can replay the classics with the added benefits of these impressive mods.