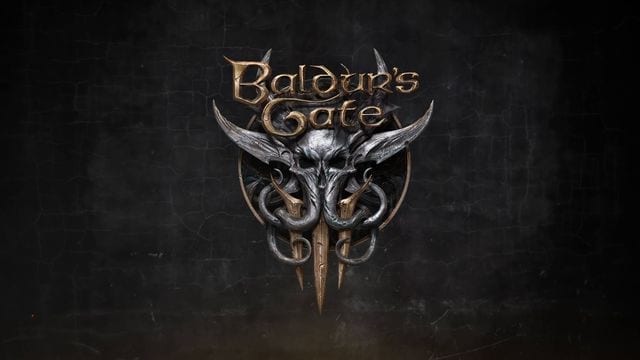 Larian Studios announced Baldur’s Gate III during the Stadia Connect last month with an ominous cinematic trailer. In our report on the announcement, we detailed some of the lore and what kind of Dungeons & Dragons experience we can expect. It’s very likely that one of the reasons why Larian managed to acquire the rights to make Baldur’s Gate III was the excellent critical and commercial reception of Divinity: Original Sin II. Some high-profile RPG developers such as Obsidian Entertainment and inXile Entertainment vied for those rights for years, according to IGN.

Just like Larian, Obsidian and inXile are at the vanguard of the CRPG revival. Pillars of Eternity and the sequels to the classic Wasteland have done well enough to keep these studios afloat. However, Larian has clearly seen the most success in this revival. At least one of the reasons for that comes from how both Divinity: Original Sin games feature turn-based combat. As a result, it makes sense to expect that Larian Studios would make Baldur’s Gate III a turn-based CRPG. It will be necessary to part with tradition in order to reinvent what a CRPG can achieve.

Real-time and tide wait for no man

Last month, Ars Technica ran a short interview with Larian founder Swen Vincke. During their talk, Vincke mentioned his personal distaste for the expectations of real-time combat. He struggled with this quite a bit back in the late 90s and early 2000s, as publishers seemed to lose interest in turn-based titles.

Larian’s Beyond Divinity released in 2004 to a lukewarm reception, as expected. The early 2000s was a very difficult period for PC games, CRPGs, and turn-based titles. The console market was stronger than ever, with the enormous success of PlayStation 2, Xbox, and GameCube. It’s no wonder that Interplay had to cancel Baldur’s Gate III: The Black Hound in 2003, which Black Isle Studios had developed since late 2000. Only with the release of XCOM in 2012 did turn-based combat start becoming a feasible market again. Several developers have tried to emulate its combat since, with varying degrees of success.

The main issue with pausable real-time combat in CRPGs like Baldur’s Gate is the argument that it lacks tactical depth. You are forced to micromanage all your party characters at once, buffing them up and setting up spells. Then you get to passively watch them hack and miss very often. Sure, you can customize your settings to pause after every round, but it’s just not the same. On the other hand, proper turn-based combat allows you to methodically play each of your party members at a time. That way, you feel like you’re using their powers and abilities to their full potential every round. Some might argue it’s possible to do the same in pausable real-time mode, but many will disagree.

Obsidian Entertainment recently released a turn-based mode for Pillars of Eternity II: Deadfire. The developers probably realized its potential after seeing the success of Divinity: Original Sin II. While far from perfect, the mode aims to deliver more fluid and dynamic combat like a proper tabletop RPG experience.

Personally, my experience with both Pillars of Eternity games was often frustrating because of the pausable real-time combat. I really welcomed the addition of the turn-based mode, though I haven’t tried a full playthrough yet. Similarly, my experience with Pathfinder: Kingmaker was also very frustrating, much more so than Pillars of Eternity even, because of its ruthless difficulty. I haven’t tried the turn-based mod, but I’d say it’s an improvement.

Out with nostalgia, in with innovation

In the Ars Technica interview, Swen Vincke also stated, “We’re not making [Baldur’s Gate III] for nostalgia reasons. We’re making a new modern RPG for a new era.” This is an interesting contrast with other CRPGs, as both Pillars of Eternity and Pathfinder: Kingmaker have deep roots in nostalgia. Pillars of Eternity was conservative to a fault, sticking as close to Baldur’s Gate as possible. The sequel, Deadfire, was somewhat more experimental, though it still adhered to pausable real-time combat in its final release, with some minor improvements. Pathfinder: Kingmaker added some new features, but it’s probably the most obstinately nostalgic CRPG of the past few years. That’s likely why it won the RPG Codex GOTY 2018.

I believe Baldur’s Gate III should indeed turn away from nostalgia and part with tradition. In a great feature published last year on The Ringer, BioWare co-founder Trent Oster shed some light on why they decided to make Baldur’s Gate a real-time combat RPG.

BioWare planned for Baldur’s Gate to be a blend of old and new. “It was kind of this examination of the old Gold Box games in terms of their depth and their adherence to the [D&D] rules,” Oster says, referring to a series of D&D RPGs produced by Strategic Simulations, Inc. in the late ’80s and early ’90s. “But then bringing that forward into an almost real-time-strategy-style interface.”

From the very start, Baldur’s Gate was about parting with the old and trying out the new. No doubt it saw great success in this experiment, and its legacy lives on. However, we have to take into account that this paradigm of real-time strategy adopted in the late 90s is no longer new. And the current paradigm of turn-based combat has very little to do with the Gold Box RPGs that Oster cites. Just as genres and franchises can evolve over the years, so too can combat modes and the design of those modes. Divinity: Original Sin II features a greatly honed and expertly designed turn-based mode. It can and it should be the basis for the combat mode we will see in Baldur’s Gate III.

The dice are not yet cast

For the record, there’s been no confirmation from either Swen Vincke or any other Larian Studios spokesperson that Baldur’s Gate III will feature a turn-based combat mode. In a recent Metro interview, Vincke refused to answer a question about the combat directly, and the question also hinted at the possibility of turn-based combat. It looks like he wants to show rather than tell, which is, admittedly, better from a marketing standpoint. However, he did say the following, which bodes well:

When you play D&D you get thrown challenges that you need to overcome. Some of these challenges require you to go into combat. And to ensure player agency you have to give the player a whole bunch of systems so that they can use them in any way they want to overcome the challenges that are thrown at them. That’s what we did in [Divinity: Original Sin II] because in [it] people come up with craziest ways of winning, unwinnable combat.

In my opinion, this is even better than a simple confirmation that it will feature turn-based combat. CRPGs have always struggled to simulate the flexibility and plasticity of tabletop RPGs. Developers are getting better at it as technology evolves along with design, but this is the ideal that we should expect. When we play RPGs, we don’t just want to grind our lives away and take out horde after horde of trash mobs. We want to try out different solutions, different character builds, and different approaches, whether through combat, stealth, sabotage, or persuasion. This is what makes the RPG genre so rich in possibilities.

Even if Larian Studios doesn’t manage to live up to this potential, I very much look forward to Baldur’s Gate III, if only to see how it will attempt to redefine what a Baldur’s Gate game should play like. We’ve had enough of this recent revival of traditional CRPGs with a strict adherence to obsolete design. We need a new standard of CRPG that is able to redefine the genre for a new generation. It’s harder than it sounds, but it’s the most ambitious task a developer can undertake right now.

Destiny 2: How to complete your Moments of Triumph

Furi creators reveal gameplay for Haven, an RPG with a romantic twist