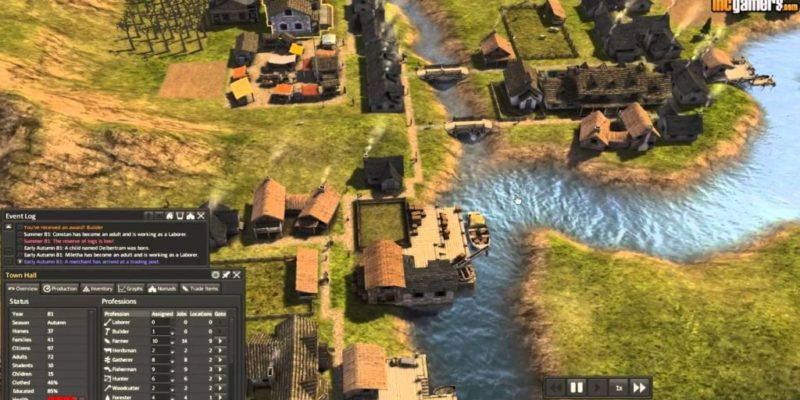 Since Banished was released back in February 2014 the game has really evolved thanks to modding support. With Banished being solely developed by Shining Rock Software’s Luke Hodorowicz he could have easily have just released the game and walked away but he’s stayed commuted and another update has just been released for testing.

This new 1.0.5 build has been pushed out to test major engine changes to support future games from Shining Rock  and new versions of Banished on other platforms including Mac and Linux. As well as these changes the update also includes bug fixes and changes to the game’s mod kit.

Modders and players should note save games and mods made with 1.0.5 beta will not work in 1.0.4 if they upgrade. Steam Workshop uploads have also been disabled for for this beta and they won’t be activated until 1.0.5 is fully released.

If this current beta build comes back clean after a few weeks (or after a few fixes), I’ll push it out as an official build.

Once the Mac and Linux builds are ready there will be a Beta test for them as well. For modding, the only thing that may change is that you may have to recompile mods to get new audio to work on other platforms – but otherwise existing mods should load on other platforms. I know there’s a few requests for a few other changes to the mod kit, and I’ll be looking into some of them to determine how easy (or difficult) the more desired ones are.

Yo can read all the notes on the official site and also grab the beta update file on the same page.

Why the Fallout Franchise is One of Video Gaming’s Best