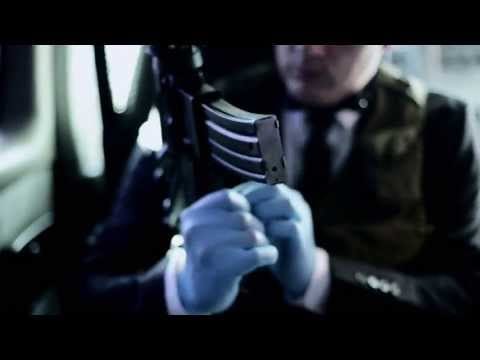 When I think of Payday, I don’t necessarily think of men in a van quoting Newton and philosophising around the ethics of robbing high finance. But that’s what’s on offer in this short ‘teaser’ for an upcoming live-action web show based around the series.

It’s all promo for Payday 2 of course, but if it follows through with its apparent intent to explore whether robbing a bank is really worse than that same institution dicking around with billions of dollars worth of mortgage securities then it could have some substance to it. Demian Lichtenstein, probably best known for his music video work, is the man doing the directing.

Payday 2 is due in August. Pre-orders for the game are possible through Steam, with regular ($30.00) and ‘Criminal’ ($50.00 USD) editions available. The later has the usual set of digital swag, plus a pair of beta access ‘tickets’ for when the game enters that state.

The first episode in the live-action series should appear in a couple of weeks time.

By Michael Feghali44 mins ago
News