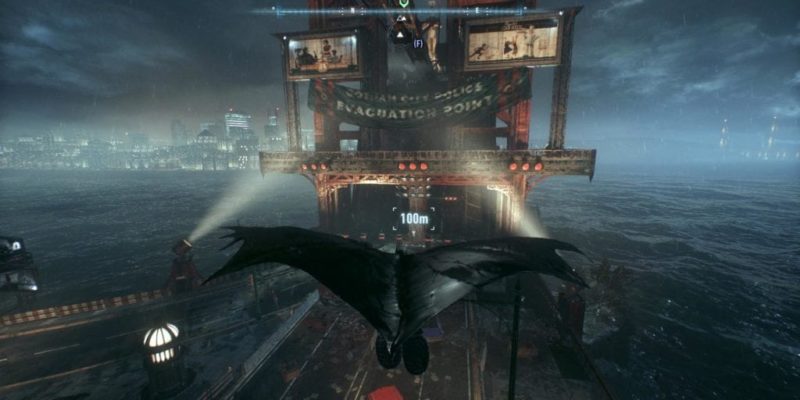 A leaked email, circulated to the people at Kotaku Australia, indicates that the PC version of Batman: Arkham Knight won’t be properly fixed for a fair while.

Said email was an internal memo for the staff at EB Games stores, and states: “We have stopped sales of Batman: Arkham Knight PC while Warner and Rocksteady work on addressing performance issues with the game. The latest information from Warner is that the updates won’t be available until Spring.”

That’s the Australian Spring, so Autumn for everybody in the other hemisphere.

There’s little to indicate what date this email was sent, however, so it is possible that the Spring/Autumn estimation was an early one. It’s also unlikely that EB Games are privy to absolutely up-to-the-minute information about internal development crisis’. With publisher Warner Bros. remaining somewhat uncommunicative and filtering everything through a PR screen, these are the sources we have to rely on.

Given the state of the port, Autumn is fairly believable as a time frame.

Batman: Arkham Knight did receive a fairly swift patch back in June, which (among other things) added some rain effects and addressed a couple of the more obvious problems. Since that time, there have been no further fixes.

This week, Paul’s been playing around with a popular ini editing tool that’s been doing the rounds on Steam since mid-to-late June. Check back tomorrow for his findings on whether this can make the game work properly.