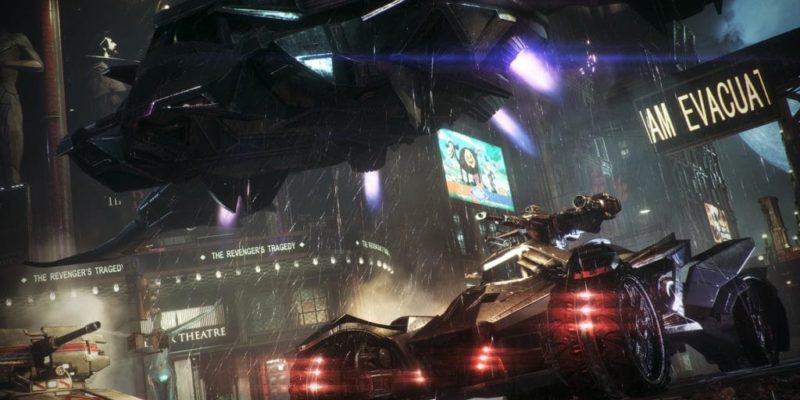 New drivers specially tailored for Batman: Arkham Knight have been released by AMD and Nvidia today. That’s especially useful in AMD’s case, as earlier indications were that the game might have some performance problems on GPUs from that company.

Hopefully the new drivers go some way to mitigating those issues. “Thanks to AMD’s fast response” a post on the Steam hub reads, “we have received updated drivers optimized for Batman: Arkham Knight.”

That post contains links to both the AMD 15.6 Catalyst beta drivers and Nvidia’s GeForce 353.30 drivers. There’s also a special link for those who have one of the new AMD 300 series cards.

AMD notes that Crossfire support is currently disabled for Batman: Arkham Knight but will be available as soon as they’ve figured out the problem with Warner Bros and Rocksteady. They also note a couple of known issues:

Over in the Nvidia corner, they have a lot of words about exclusive Gameworks things like smoke, fog and, um, ‘Interactive Paper Debris’. That last one is a must for any game.

As to how well these respective drivers will work with the game, UK PC players can find out shortly. Batman: Arkham Knight has unlocked on Steam (as of midnight in the UK,) so it can be downloaded and played right now.

Why Total War: Warhammer Blew Me Away at E3