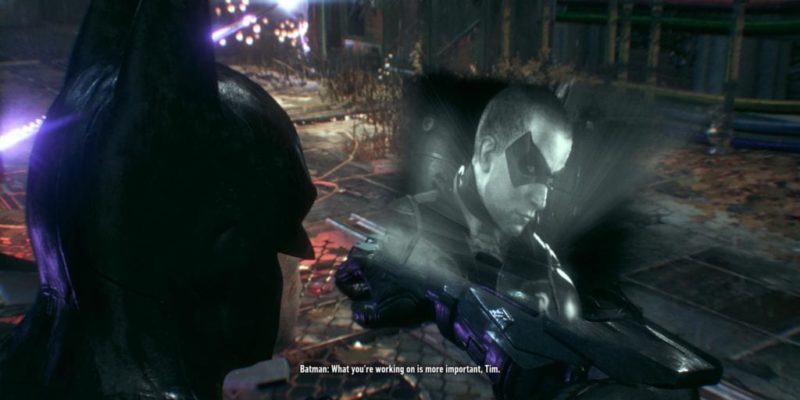 It’s almost time for Warner and Rocksteady to finally get Batman: Arkham Knight re-released on the PC.

It was way back on 25 June that Steam sales for Batman: Arkham Knight were suspended due to terrible performance issues in what has to be one of the worst ports of 2015. Since the game was pulled from Steam there’s been a few patches to slowly fix the game but it’s never been put back on sale.

Today Rocksteady announced that the game will return to Steam on Wednesday 28th October at  10AM PDT.

This re-release brings the game up to speed with all the content that’s been released on the consoles. This will include Photo Mode, Big Head Mode, Batman: Arkham Asylum Batman Skin, and character selection in combat AR challenges. Season Pass owners will also be able to grab all the released DLC.

Warner issued a run-down of what’s now been added:

It’s been a long time coming, and although some PC gamers have managed to tweak the game to get it working, it’s never worked perfectly with all the options switched on. Better late than never.