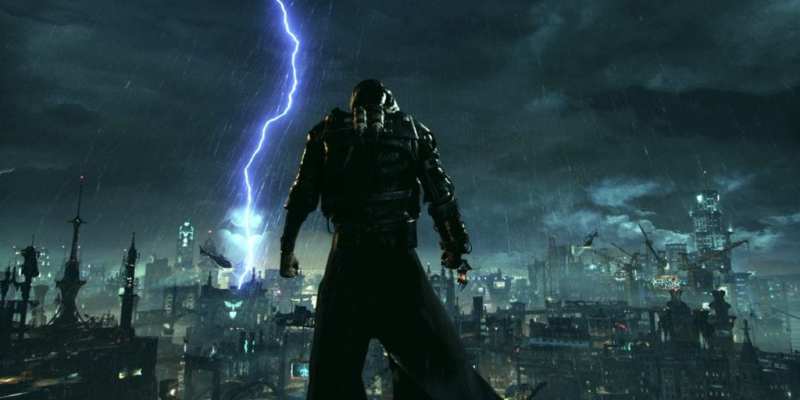 The villains of Gotham are attempting to fool Batman by wearing different faces from the previous Arkham games, judging by this new Batman: Arkham Knight trailer. Scarecrow has even changed his entire voice, and now sounds like he’s being done by John Noble (Fringe, among others.)

Most of the facial alterations seem to be for the better, though. Riddler now looks like a crazed David Tennant, Ivy looks a bit more like a human being (human … plant being, whatever) and Two-Face, well, Two-Face still has half his mug messed up. Obviously.

It looks like Commissioner Gordon finally realised that his regime of growth hormones wasn’t really working out too; he’s going to be pretty normal sized for Batman: Arkham Knight.

Speaking of the titular bad guy, the Knight himself takes a back seat for this particular gathering of rogues. Scarecrow is apparently running things in Gotham, encouraging people to loot the streets instead of hiding behind the police department.

Meanwhile, Batman is making his “non lethal” code of ethics look even more ridiculous, by uppercutting criminals into the line of fire of his Batmobile. I’m pretty sure that guy is going to die, even if the Batmobile only fires marshmallows.

Batman: Arkham Knight comes out in June. Looks like it could potentially be quite taxing in terms of PC specs (though this haven’t yet been released.)

The Evil Within given The Assignment in March