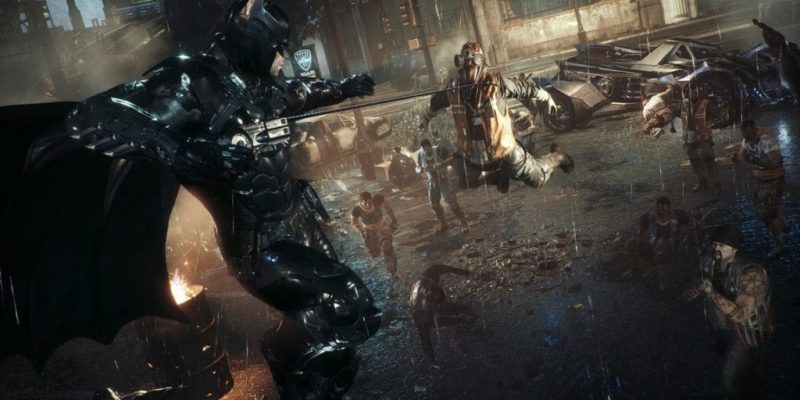 This is hardly a surprise, but it looks like Batman: Arkham Knight‘s DLC will not be coming to the PC at the same time as the consoles.

I got a lovely email from WB Games earlier today reminding me that the first bit of Batman: Arkham Knight DLC – titled Batgirl: A Matter of Family – is due out on 14 July… with absolutely no mention made of the PC version.

Now, this isn’t exactly a surprise. The PC version of Batman: Arkham Knight was unceremoniously pulled because it barely worked, which means they could do two things: release the DLC for those who still have the game (and/or already bought the Season Pass), or just hold off until the game is re-released. Considering the DLC will almost certainly need separate QA testing on PC, and the PC efforts right now are focused on actually making the game work, it looks like they’ve gone with the latter option. That’s also probably the better angle to go in terms of PR, because otherwise I suspect the reaction might be “Why are you releasing DLC when the game doesn’t work?”

Still, it’s a bit of a bummer for the six people out there who have the game and had no problems running it.

For the sake of it, Batgirl: A Matter of Family lets you play as Batgirl, and offers a new location with a new story, new missions, new side-quests, new secrets, a new hacking feature, and dual-play functionality with Robin. It’ll be released on 14 July, for £5.79… but probably not on PC.

I’ve emailed Warner to ask for clarification, and I’ll let you know if I hear back.