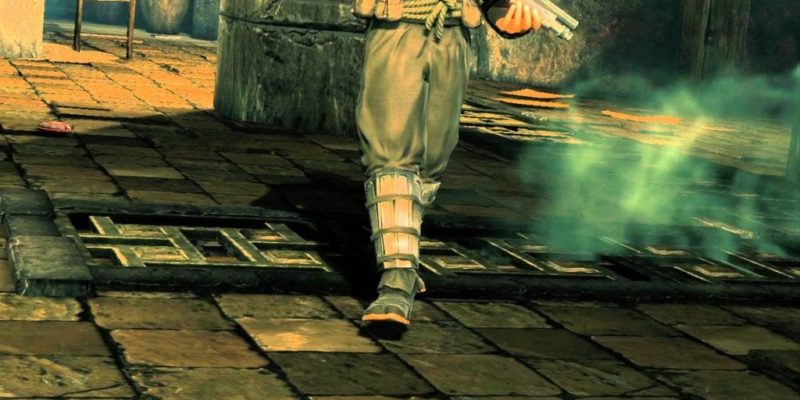 A combination of ninjas and beards? It’s like an 80s action movie.

Despite its name, Batman: Arkham Origins didn’t really show Batman’s origins. Sure, you had the first meetings with the Joker and Jim Gordon and so on, but Batman was still a full-fledged badass by that point in time, with more gadgets than you can shake a stick at. Or “shake a Stick at”, perhaps. Little joke there for DC fans.

WB Games Montreal have apparently decided to rectify this with the Initiation DLC, due tomorrow. This offers four new challenge maps, a challenge map campaign, and two new skins – Vigilante Bruce and Initiation Bruce – and has our man Bruce battling his way through Kirigi’s training on his way to becoming Batman.

You’ll be fighting your way through rather more exotic locales than you’re used to, as this DLC is set in the Paektu mountains of North Korea; we’ve been told to expect a bamboo forest and a mountaintop monastery, at the very least. Personally, I’m just hoping his Batarangs and the like will at least have different models and skins, considerign when this is set.

The Batman: Arkham Origins Initiation DLC will cost you £5.49, and will hit tomorrow. Trailer below!