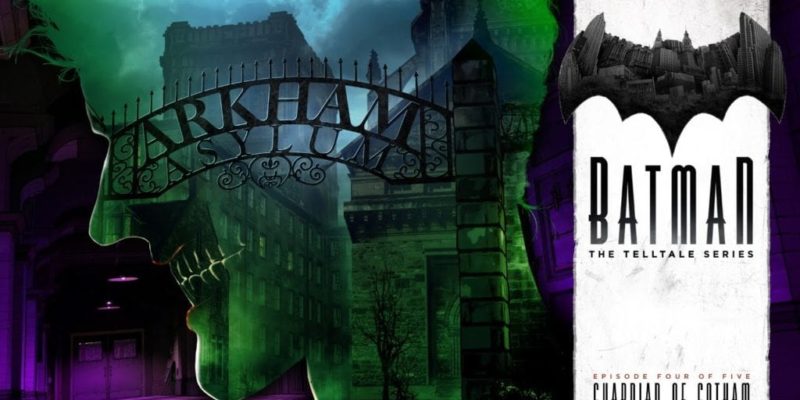 The penultimate episode in Telltale’s Batman series, titled Guardian of Gotham, will be dropping out of the night sky on 22 November. Judging by the trailer, it’ll be introducing a cheerful old friend to the cast.

In Episode 4, Bruce Wayne will be heading for Arkham Asylum (against his will by the sounds of things), leaving Gotham’s streets in the hands of the Children of Arkham and Harvey Dent’s crew. Wayne will apparently need to make some dubious choices if he’s to escape the Asylum and get back to helping the city.

Here’s the trailer for Batman’s fourth episode. If you’ve not yet played prior episodes, it might be a bit spoilery.