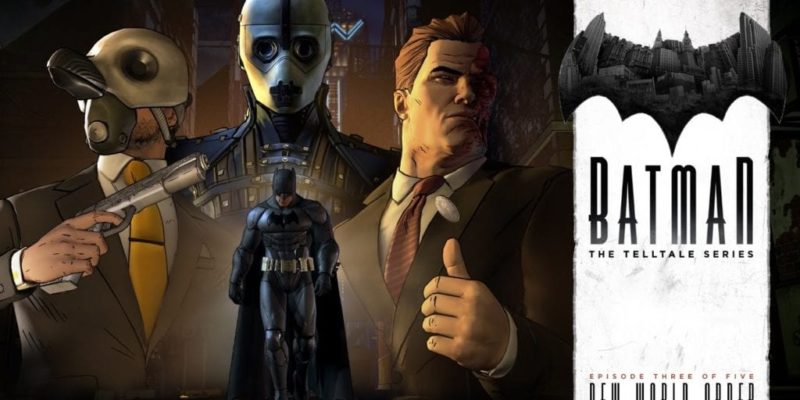 Exciting things are afoot in the new trailer for Telltale’s Batman series, from caped conflicts to boardroom battles. Episode 3, ‘New World Order’ (is our hero going to fight lizard people?), arrives on 25 October for the PC.

I’ve not been playing this one, so the events in the video don’t mean a huge amount to me. I’m going to assume they’re at least somewhat spoilery if you haven’t played prior episodes of Batman, though.

Watch below to see a few villains getting up to no good, the Dark Knight involving himself in more fisticuffs, and, most troubling of all, Bruce Wayne being ousted as CEO of his company. You fools, think of the quarterly results!

Titanfall 2 puts out launch trailer with a bang bang