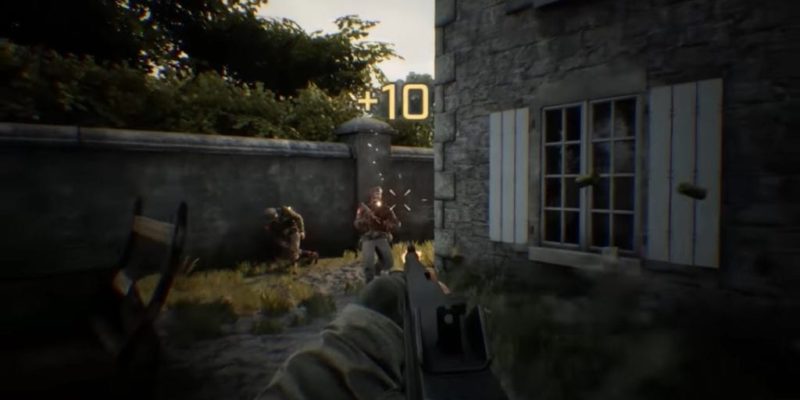 Battalion 1944, the World War II multiplayer FPS trying to recapture the charm of Call of Duty 2, left early access only on May 23rd. However, the game has already topped 250,000 copies sold. According to Bulkhead, the studio behind the game, the title accrued a million hours viewed on Twitch within a week of the release.

Leaving early access has been a boon to player numbers too. A week after launch, the game had 3,789 players online, a boost over the ~100 it was seeing in April. By last Saturday, it was hitting at around the 4,700 mark.

To celebrate the auspicious event, the developers are giving away five Aces High War Chests to players who log into the game between today and June 10th. This is bound to entice many to hop back into the game again, if only for the free loot.

The current success of the game could be attributed to the positive press that it’s getting and Joe Brammer, Bulkhead’s CEO, was quick to retweet a surprise endorsement by one of the Lakers players:

June 1st also saw the launch of the first Battalion 1944 competitive season with Faceit, which runs the leagues for several popular multiplayer games and was tapped to host one of the major Counter-Strike: Global Offensive tournaments this year. Joe Brammer tweeted that this means that no gameplay changes will be implemented this month – however, some can probably be expected in July after the data is analyzed.

I had the chance to play Battalion 1944 more than a year ago and it had slavish regard to all things Call of Duty – including Garands that couldn’t be reloaded mid-clip. It was a good enough game for a Twitch shooter, though I fully understand that it’s not exactly my cup of tea. However, it fared a lot better than a similar project called Days of War – rightfully so.

Watch Dogs Legion gets leaked, allows you to take over NPCs

Destiny 2: Season of Opulence – The basics and what you can expect

By Greg Bargas28 seconds ago
News