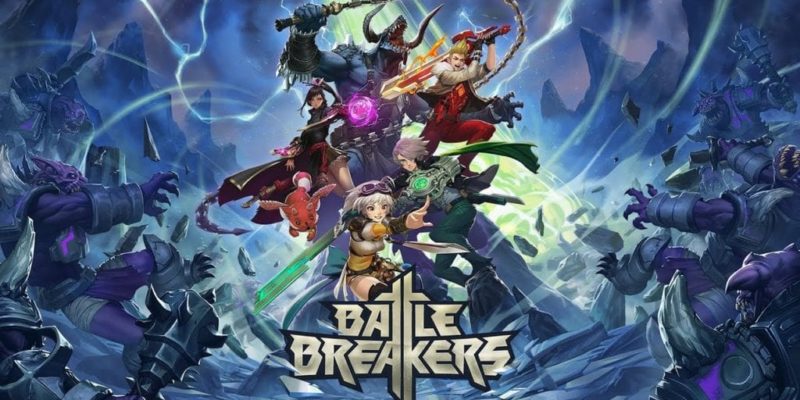 It started as a passion project by a small team at Epic Games and today Battle Breakers has just released its official launch trailer. Watching it will send you back in time to your parents’ couch in front of the TV, where the child version of you is eagerly watching the theme song of your favorite cartoon. It’s a good feeling. The whole thing has a very 90s feel to it. From the power ballad music to the simple construct of fighting monsters from space. Thankfully the animation is infinitely better than it was back then.

Battle Breakers is a free-to-play tactical role-playing game that will require you to assemble a team of heroes to fight back against the invading monsters from space. The Epic Games website boasts that there are “hundreds of heroes” to choose from. That seems like an insane amount, but it probably includes different styles for each hero. The hero roster currently consists of 25 characters of varying classes and elemental alignments.

That weapon is a bow, how cool is that?

That weapon looks impractical, but she looks like she knows how to use it.

Fire rages through these heroes.

It looks like more will be joining the fight in time through systems like the Battle Pass, the in-game Hero Store, and Skybreaker Quests. The monsters from space have trapped the world’s greatest heroes in technomagic crystal, so the Skybreaker quests could have something to do with breaking them out. As for the Battle Pass, the first one arrived with the launch of the game and is available for $4.99.

To save the kingdom, you will have to battle monsters in over 1,000 dungeons. Explore volcanoes, forests, glaciers, and more in your quest to leave no monster’s face unbroken. Along the way, you’ll also encounter powerful bosses. Your heroes will need to use their special abilities to unleash massive attacks on these mighty foes.

Check out the official Battle Breakers launch trailer below and let us know your thoughts on this nostalgia stirring tactical RPG.

Battle Breakers is available for free on PC via the Epic Games store.