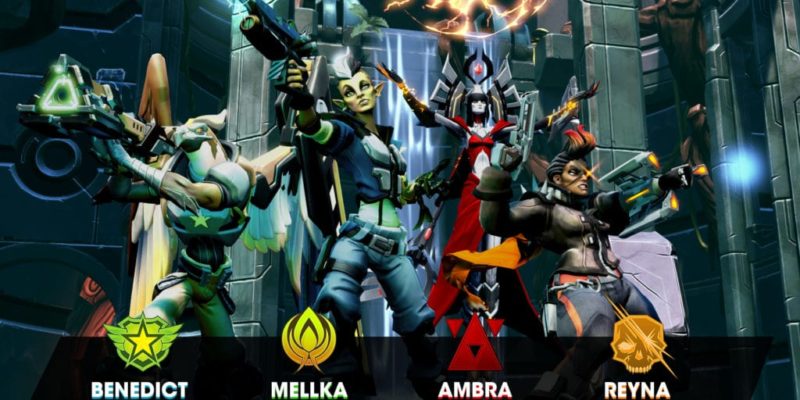 Gearbox’s (predominately) co-operative FPS Battleborn will be released on 9 February, preceded by an open beta on an as-yet-undisclosed date.

The main story mode can be played through alone with one of the 25 available characters, or in co-op mode with lovely online chums. Or weirdo strangers. Whichever you prefer. The non-PC platforms also get split-screen, but, as tends to be the case for PC, we won’t be getting that option. When will developers learn, eh?

Battleborn also has three competitive modes of play, each of which are 5v5 affairs.

Along with the news of a release date and semi-news of an open beta in the future, Battleborn’s Gamescom announcement-fest comes with details about four of those 25 heroes.

There’s Benedict, an arrogant Avian with a rocket launcher. Mellka, an assassin whose life has been a series of disappointments up to this juncture, which makes her really, really pissed off and prone to using nerve gas on people. Ambra, a priestess looking for eternal life who can deal close-up melee damage while healing companions at the same time. And Reyna, known as “The Valkyrie,” and leader of the pirate Rogue faction.

You can read more about each of these characters on the Battleborn blog. The new Gamescom trailer is below.