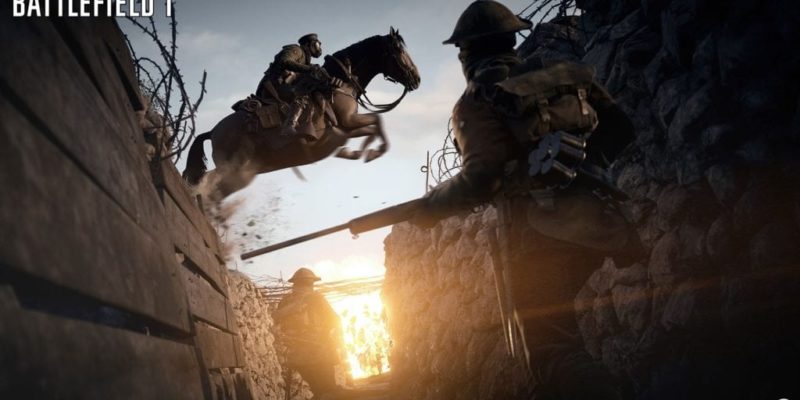 As you’d imagine EA had some Battlefield 1 things to show at their E3 press event, including a gameplay trailer, and some details about aspects like dynamic weather.

An associated press release states that the game will have an open beta later this summer, and re-iterates that preference to those who’ve signed up to be ‘Battlefield Insiders’. Ahead of that happening, you’ll just have to be content with text-based information and trailers.

There will be a new multiplayer mode (or structure, I suppose) called ‘Operations’, where the sequence of results you get across several multiplayer matches will have longer-term consequences. This is presumably to simulate the back-and-forth push of WW1, as territory is taken and ceded to opposing forces.

The aforementioned dynamic weather will include bright, sunny days, heavy rain, fog, and other situations which should somewhat change the nature of the battlefield. I highly doubt it’ll be, as EA suggests, something that ensures “no battle is ever the same”.

Battlefield 1 will also have “intuitive destruction”, allowing you to make a path through walls or even whole buildings. Your actions will change the scenery into a “battle scarred landscape”, it seems.

Finally, Behemoths. These are player-controlled vehicles at the larger end of the vehicular scale. An “Armored Train, Air Ship, or the Battleship” will all be available (depending on the map, obviously) for players to take control over.