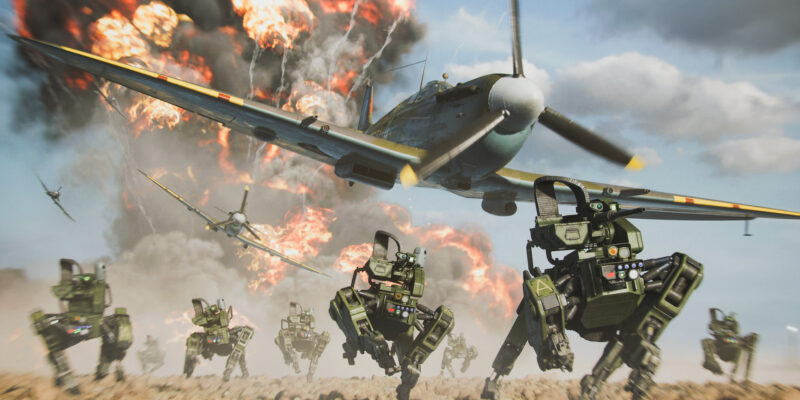 Following its rough launch, developer DICE has been trying to fix the core issues with Battlefield 2042. The divisive first-person shooter was released without many of the franchise’s staple features. It also has a lot of bugs which are often a hindrance to gameplay. Fortunately, Update 3 addresses some of these more pressing issues that players have with Battlefield 2042.

For many players, the best part of Update 3 will be that DICE has implemented over 150 fixes across various maps. These fixes cover visual glitches, failed collision checks, issues with spawning, and many other miscellaneous improvements. Hopefully, these changes will remove a good chunk of the bugs that are frustrating the playerbase.

More things to do

In addition to the bug fixes, Update 3 also introduces some new game modes into Battlefield 2042. These can be accessed through the Battlefield Portal, the community-driven platform that allows users to create custom game modes. The new game modes are Rush on All-Out Warfare maps and Vehicle Team Deathmatch.

The Portal has also received extra options that provide players more freedom when creating custom game modes. Several new builder templates have been introduced giving users a more expansive baseline for editing modes. Furthermore, a new logic option has been added allowing Battlefield 2042 to check the source of fatal damage when a kill is secured. In theory, this could be used to recreate some of the franchise’s classic game modes like Gun Master.

Update 3 also gives players another reason to come back to Battlefield 2042 regularly, thanks to the introduction of Weekly Missions. Each week players will be given three varying missions that can be completed to unlock additional experience and various unique cosmetics.

Finally, DICE has also used this patch as an opportunity to improve the first-person shooter’s clumsy user interface. Many improvements have been made to the UI that will hopefully reduce clutter and improve visibility. The most notable of these changes is that there are now indicators that shows downed players who can revive them, while showing medics who they can revive. Another update is expected to follow later this month that will focus on balance changes.