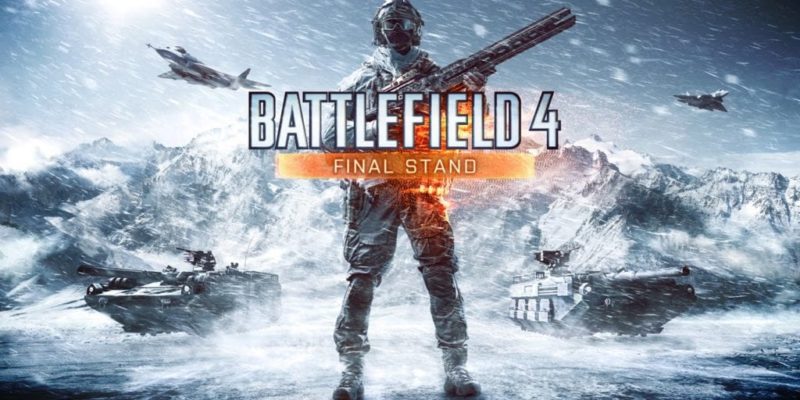 Final Stand is the last scheduled piece of Battlefield 4 DLC which will take place in frozen Russia where scientists are messing around with futuristic weaponry. This means new fancy weapons and players can expect to find everything from a Battle pick-up rail gun that fires a single round of kinetic energy to a hover tank prototype. DICE says that this outlandish tech will tie-in with the Final Stand fiction and the Battlefield series.

The DLC also comes with four new infantry focused maps (Operation Whiteout, Hammerhead,Hangar 21, and Giants of Karelia) and each of these will be made available from today on the CTE (testing server) which is open to Battlefield Premium members. The number of slots have been “opened up” to accommodate  players intrigued to check out the new map.

Watch the trailer for a look at some of the new weaponry.