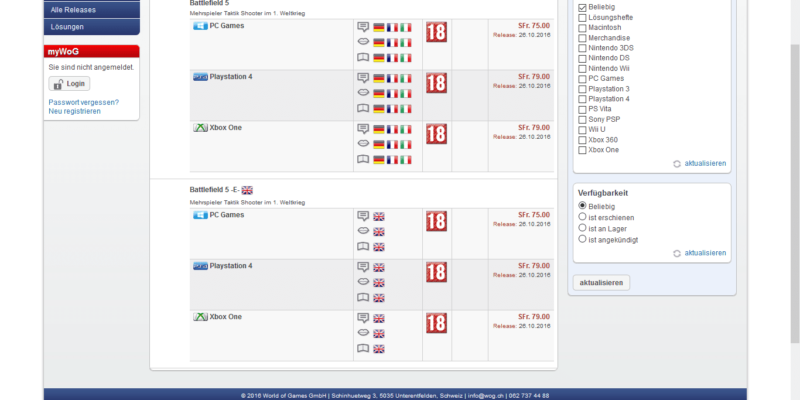 A retail entry for Battlefield 5 has popped up the World of Games Swiss retail site and it’s probably not what most Battlefield fans would expect from a new instalment. The listing reads “Mehrspieler Taktik Shooter im 1 Weltkrieg” which translates as multiplayer tactical shooter set in WWI.

Not long after this was discovered the listing was changes to “Multiplayer Tactical Shooter” so perhaps they have been told to remove the game’s setting so as not to spoil any reveal.

It’s inevitable there will be another Battlefield and this one is listed with a release date of 28 October which is around the time they usually appear.

An FPS set in WWI doesn’t sound that exciting. Standing around in a wet trench for days on end only to be shot when you eventually go over the top. EA may have something a little more exciting planned but we’ll have to wait and see if there’s any truth to this listing.

Thanks and welcome PC Invasion Supporters

The HTC Vive is priced, so what now for VR?