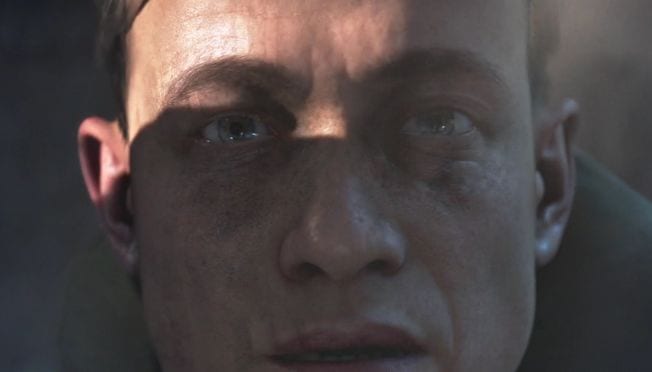 The full ‘reveal’ of Battlefield 5 (or whatever the next in the series is called) is coming tomorrow, 6 May, at 4pm Eastern US time; but ahead of that there are multiple seconds of footage to scrutinise. This very short video, released by DICE today, doesn’t do a whole lot to confirm or deny theories about the game’s setting.

You’ve got a guy in a pretty simple jacket seeing a shadow and looking awed/surprised while the music does that “bwwwaaaarp” thing that all trailers have done since Inception.

An early listing for Battlefield 5 suggested this next game would have a World War One setting. That’s never been confirmed, and while the guy shown in this could be from WW1, he could be from a whole lot of other eras too. And what’s he seeing? The first tank of WW1? Tanks from WW2 because he’s in a weird alternative time-line? A giant cat? ALIENS?

Maybe all of those things. Tomorrow’s events will presumably answer those questions.