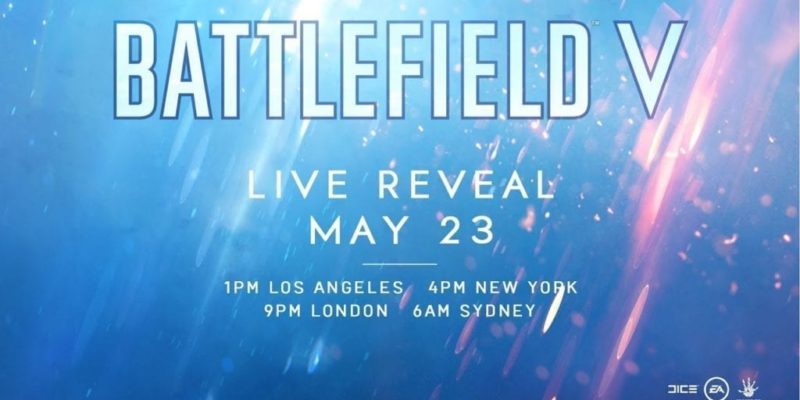 When Battlefield 1 was released in 2016, I was surprised at the direction that DICE and EA were going in for the FPS franchise. It really was going back to the roots of the franchise, not to mention steering away from the futuristic style shooters that many others were gearing towards. Now, we have yet another announcement coming with Battlefield V as shown on EA’s Battlefield Facebook page.

There isn’t any information known at this point. But, the full reveal for Battlefield V will be coming one week from today on May 23, 2018. The reveal will be streamed live and can be viewed from EA’s Battlefield YouTube page seen below.

What do you expect from the Battlefield V reveal?