Well, this sure is a surprise. It looks like Battlefield V’s release date has been pushed back a month. Originally, the game was supposed to release on October 19 for multiple platforms. Premium members in EA Origin will also get to play several days early. Now, it seems that things are going to get a bit delayed for Battlefield V with a November 20 release date. 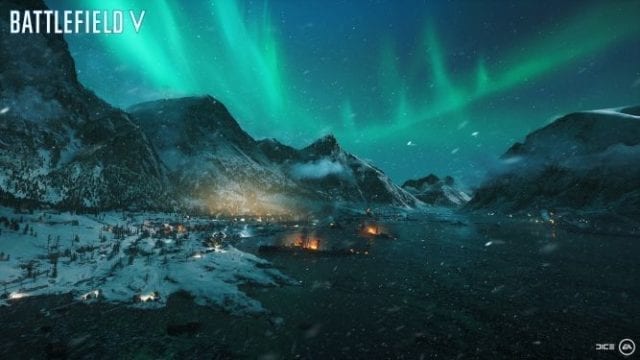 Battlefield V — from October 19 to November 20

A one-month delay doesn’t seem so bad, right? Everyone loves games that get pushed back ever so slightly just so developers can iron out the kinks and make sure the product is top notch. EA DICE explain their decision as to why they’ve made this change:

We believe we have one of the best Battlefield games ever on our hands. A game that will deliver on an emotional journey through the return of unseen single player War Stories, a deep multiplayer experience, Battle Royale, along with our new live service, Tides of War – a journey across multiple theaters of WW2 and designed to keep our community together.

With the Open Beta just around the corner, we are excited about the millions of you who will join us and experience the game. And we fully expect to see even more feedback coming our way.

And that’s why we’re moving our launch date. We’re going to take the time to continue to make some final adjustments to core gameplay, and to ensure we really deliver on the potential of Tides of War.

Based on player feedback and with the game’s direction, the developers needed that extra time to get everything ready. Although, strangely enough, there was no mention of early access for Origin subscribers.

Another reason for the Battlefield V delay?

Then again, there might be another reason for the delayed release. A previous analyst report showed that Battlefield V pre-orders were lagging behind Call of Duty: Black Ops 4 and its competitors. According to the report, tracking indicated that the game would be a disappointment for EA. It was also worth noting that their initial release date had the game sandwiched between two hotly anticipated games. Those are Black Ops 4 (October 12) and Red Dead Redemption 2 (October 26).

Moving the release date a month later means a bit more leeway. Its main rival at that point would be Fallout 76 (November 14). After that, it’s either Darksiders 3 (November 27) and Artifact (November 28). The major concern there would be Fallout 76, but late-November seems like a safer bet than getting sandwiched in October.

Whatever the case may be, we do hope that EA DICE create an amazing experience for the fans of the Battlefield franchise.

Ouch. And just like that, it looks like another blow for EA’s flagship FPS franchise. It looks like the news of the release date getting pushed back wasn’t received well by shareholders. Based on a report from CNBC, EA’s shares dropped by eight percent following the announcement as the market opened today. Given the release date change and previous analyst reports of weak pre-order numbers, EA is also expected to suffer a downswing in its expected net bookings — roughly $350 million. That’s right, from an expected $5.55 billion this fiscal year, the delay would cause it to lower to $5.2 billion.

That’s still a pretty hefty amount for a one month delay.

What do our readers think? Can Battlefield V prove critics and analysts wrong? Or will this slump continue for EA? Let us know.