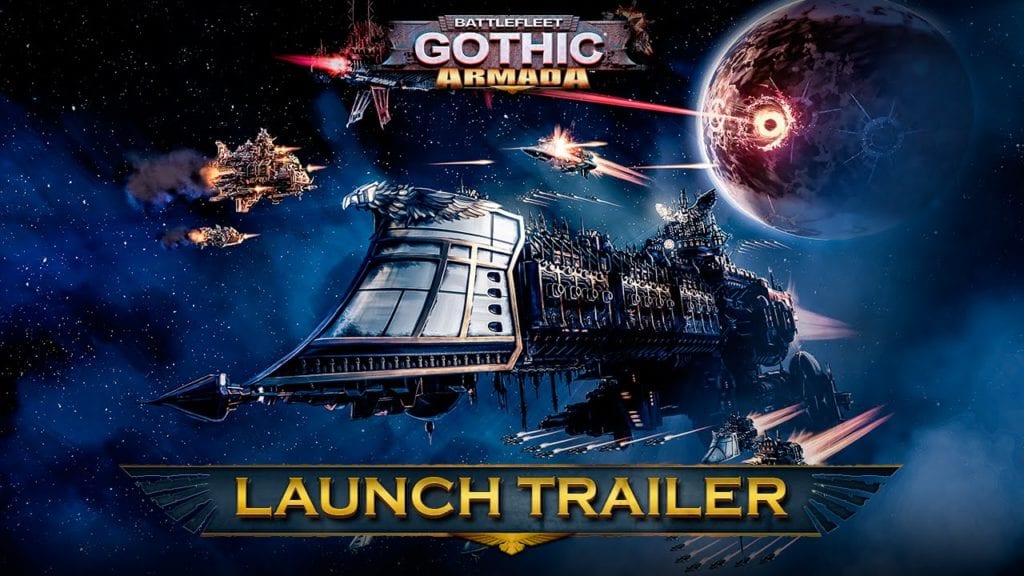 Tomorrow Tindalos Interactive’s Battlefleet: Gothic Armada launches on the PC and ahead of its release there’s a new trailer showing all kinds massive ships battling in space in true Warhammer 40K style.

As the Planet Killer of Warmaster Abaddon completes its devastating assault, the moment of victory lies within the grasp of Chaos. The Imperial Navy though will not yield at the last, and summons reinforcements and support from their allies – the angels of death, the Space Marines, whose a few ships are unveiled for the first time in this video.

The Space Marines and an additional unknown faction are being dished out to pre-order customers. The game is available for £26.99 on Steam.