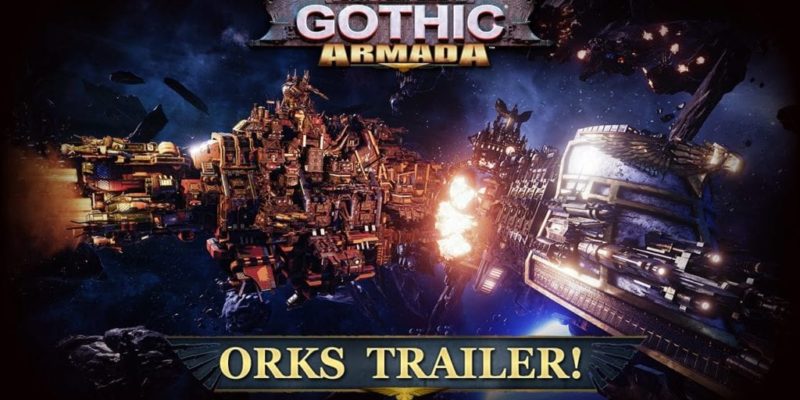 Tindalos’ Battlefleet Gothic: Armada, a version of the old Warhammer 40K spin-off game of the same (well, similar) name, will be released on 21 April. The title is currently in beta, which itself will be getting invaded by the Ork faction in the near future.

Orks have apparently already shown up briefly in the beta’s prologue, but in “the coming days” they’ll be playable in skirmish matches and in multiplayer. From what I remember about Orks in Battlefleet Gothic (tabletop), they enjoy ramming things as much as possible. That seems to be very much reflected in the new trailer released today.

“The beta has been incredibly helpful in spotting relevant demands from the community,” says game director Romain Clavier. “Following this huge response we’ve made the decision to spend some additional time integrating your feedback into the game. As a consequence, we will release Battlefleet Gothic: Armada on April 21st.”