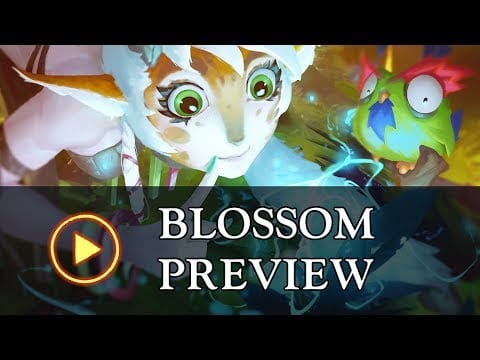 Stunlock’s Battlerite will be getting a substantial summer update on 27 June, which includes a new champion for the game. Blossom (as she is named) is a “Forest Mender” with a set of arboreal abilities at her command.

She also has a companion bird named Maxwell who appears to mainly live on her head. There’s a video of Blossom doing her thing in Battlerite, below.

In addition, the update will introduce eleven new ‘legendary outfits’, graphical updates for ten other champions, and “overall improved arena experience”. Expect some general gameplay fixes to go along with that too. There’s a lengthier look at the summer update on this page.