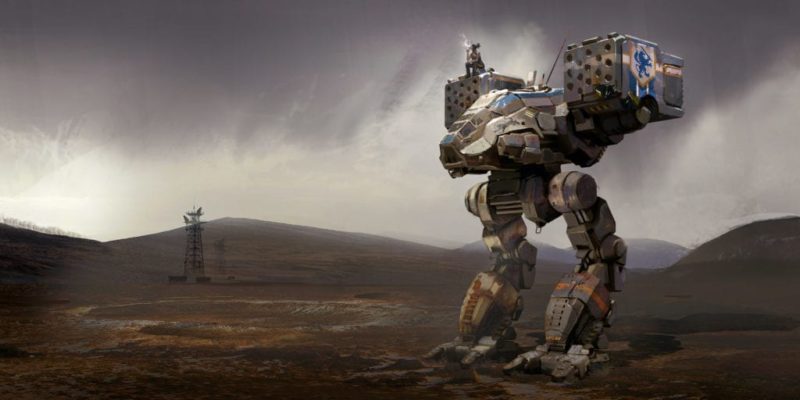 People were apparently champing at the bit to toss money towards a new, turn-based Battletech game, because Hairbrained Schemes’ (of Shadowrun fame) Kickstarter has already blown past its first goal.

I’m not entirely sure how quickly that initial $250,000 USD was reached, but it was somewhere shy of three hours. The total currently stands at $461,000 USD (and will probably be more by the time I’ve finished typing these words).

As things stand, a single player skirmish-type Battletech will be made. In fact, that was going to be made whatever the status of the Kickstarter, as this portion was (largely) being funded by Hairbrained themselves. The Kickstarter money initially goes towards adding bits and pieces (like expanded objectives) to this base skirmish game.

The studio say that, as with Shadowrun, they intend to capture the ‘spirit’ of the original tabletop rules, without replicating them exactly. Players will command a lance of four Mechs in turn-based combat, with any given match expected to take around 30 minutes.

At the $1,000,000 USD funding mark, Battletech will expand beyond a simple skirmish mode and get a full, single player campaign, in which players control a mercenary Mech outfit. As well as running story missions, you’ll have to manage logistics like finances, load-outs and the like. Given how quickly this Kickstarter is pulling in money, I’d say the single player campaign is pretty likely to happen.

Beyond that (at $1.8 mil) there are potential plans for an extended mercenary campaign and, at $2.5 mil, Hairbrained will add PvP multiplayer. The game is tentatively scheduled for 2017, but that may well change if the money keeps piling up.