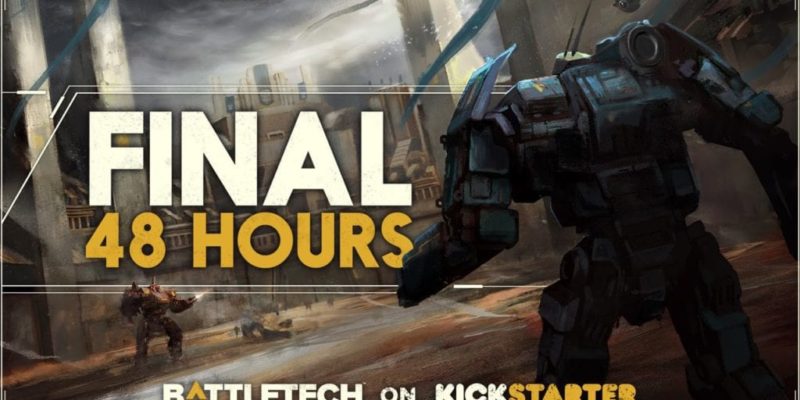 Hairbrained Schemes Kickstarter campaign for a new BATTLETECH game is coming to a close.

With just over one day to go, Hairbrained Schemes has managed to raise more than $2.5 million. The funding has now also unlocked PvP multiplayer for the game.

The game’s Kickstarter has been a real success after raising its target of $250,000 in the first 24 hours of going live. More than 30,000 gamers have backed the project with an average spend of $65 since launch.

With the campaign coming to a close, the co-directors Jordan Weisman, Mitch Gitelman and Mike McCain will be hosting a live stream at 11AM PST (6PM GMT) today which will include a Q&A session. This will be worth a watch if you’re a backer or are still thinking about chipping in.

The team has also released a new video for BATTLETECH backers today to celebrate the success.