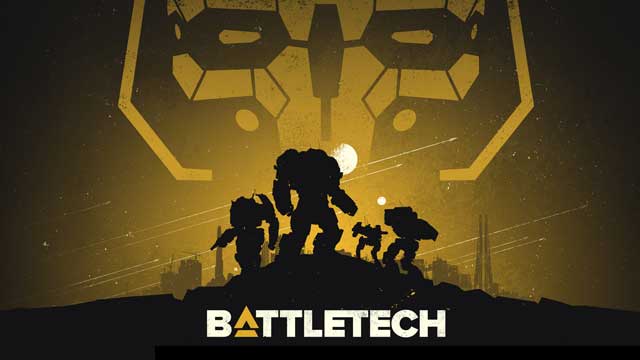 Seeing one of my best Mechs knocked down sprawling on the floor, only to be targeted with salvos from everything the opposing side has, makes me wince. Every extra missile, laser beam, and bullet just makes me want to cover my face and watch through my fingers. Seeing a good Mech have one of its arms blown or punched off is cause for either giddy delight or nauseating grief, depending on which side it is on, and if said arm mounted a powerful, and more to the point, expensive weapon. If I see either my Panther or my Vindicator Mech lose another PPC cannon I will scream, those things can cost as much as the entire reward for some missions. I have come close to screaming, I have yelped, I have cheered, I have gasped, and I have breathed sighs of relief. It’s been a long time since a game made me so animated.

BATTLETECH’s battles are close, nail-biting affairs at the best of times which can have you on the edge of your seat. In the campaign, especially at the start, and at many crucial points throughout, everything is riding on victory with as few injuries and as little damage as possible. If you were to withdraw before victory, or win but suffer great damage in the process, that could be game over, you’ve run out of money and your mercenary company has gone bankrupt. The risk/reward factor of the mercenary jobs in the campaign adds a great deal of depth and strategic thought to the thrilling tactical battles on the ground. 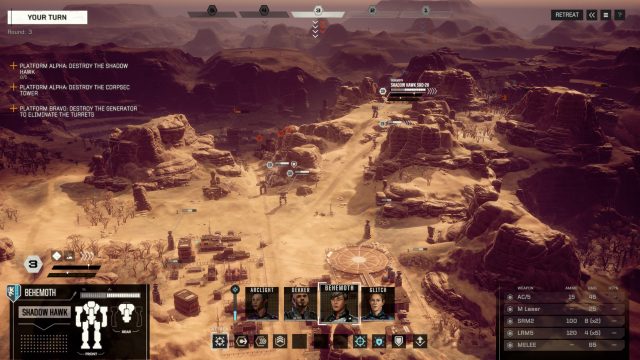 Even with due care and planning things can go awry. My first proper mission in the campaign sums this up perfectly. It was meant to be an easy job with what was at that point a decent paycheck. Just like with that mercenary company in the first Culture novel, Consider Phlebas, it was meant to be “easy in, easy out.” It was right up until the end and it had gone swimmingly. Light enemy defences which were knocked out easily enough and with very little damage taken, but all of sudden, my company was ambushed on the way back to the extraction point. There were vehicles surrounding us and there were turrets everywhere.

I decided to be bold, I knocked the turrets out in one turn and took up a good countering position. It was at that point that the cutthroat nature of BATTLETECH was demonstrated to me perfectly. A single vehicle went straight through the centre of my Mechs and behind my own character’s Mech. It fired straight into the back of it, point blank, knocking the Mech out, and rendering my character, Galen ‘Musket’ Guliyev (I randomised the name) injured for 110 days. My campaign started off so slowly because of this setback. I was even within a day of going bankrupt at one point and Mechs are hellishly expensive to repair if parts break. Losing a few limbs during a battle can wipe out any gains you made with the reward it offered. It’s this level of depth, drama, and high stakes which makes this game so brilliant. 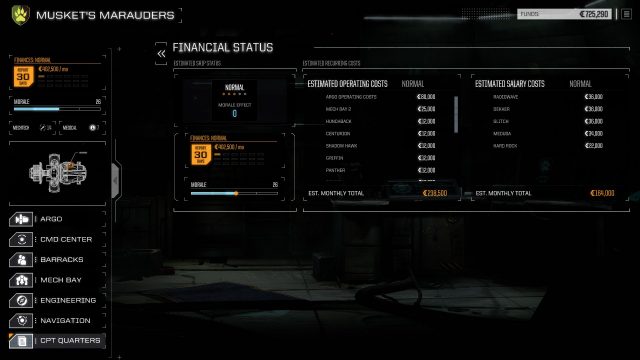 There is a story to this game, a story about redemption for a murdered friend and restoring a rightful ruler to her throne. It’s a decent story, although the dialogue can be rather bland at times. You aren’t forced into doing the story at any point, it’s your choice when you handle the story missions, or ‘priority missions’ as they’re called in the game. The story is set up excellently at the start with the main character, the deposed ruler Lady Kamea Arano, telling of how you restored her to her throne. It leaves the story open for the player to decide whether it is for glory and honour or the massive cash payouts which come with priority missions. This gives some narrative freedom to the linear story.

Through the intro and cutscenes, which use beautiful moving art, to the glossary like explanation of terms and concepts when you mouse over highlighted words, the story and the BattleTech universe are explained quickly. Even individual MechWarriors have backstories of varying length which tie into the lore, as do other characters in your company which you can discover through dialogue trees. Even to somebody like me who has little knowledge of this universe, it was easy to get to grips with. For those of you who aren’t aware of this universe, the setting for this game is a few hundred years after the fall of a united human empire, during a dark age. It feels like the dark age which followed the fall of the Roman Empire. Although, a better historical precedent for the mercenary aspect would be the Condottieri mercenaries in Renaissance Italy taking contracts with different states to fight others causing chaos wherever they went. It’s hard not to be absorbed by the universe and the lore. 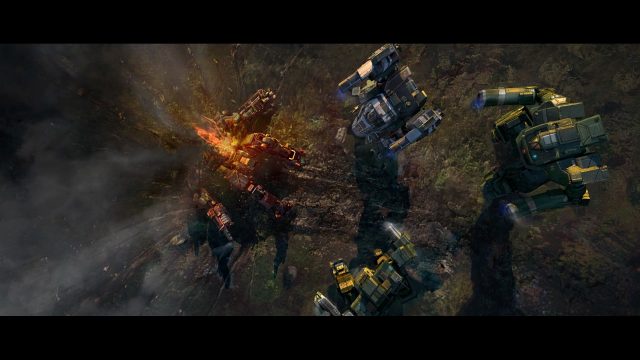 I’ve not even talked about the battles whch really are fantastic. Huge mechanical battle suits with weapons bigger than a tank strapped to them exchanging fire and brawling across sprawling, varied battlefields. Both the terrain and the scenery vary largely across different planets with all maps seeming to be bespoke for each mission. These varied terrains and climate types will force you to mix things up and fight differently.

The battles are highly tactical. There is a limit of 4 Mechs which you can command in each battle so you must pick and use them wisely. The battles are turn-based, and you move the Mechs around a hex grid, although it doesn’t look like a hex grid, and you are free to point your Mechs at any angle when lining up your firing arch. The turns are split into 5 phases. Each Mech, vehicle, and turret have a different initiative rating so everything with an initiative rating of 5 is moved in phase 5 etc. So as opposed to you moving all your Mechs, then your opponent moving all theirs, IGOUGO style, it feels more like WEGO. 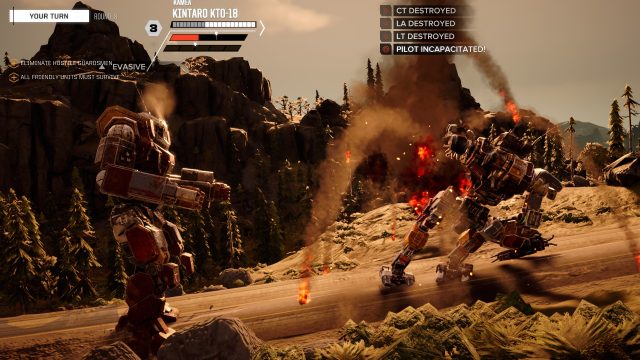 I was often up against forces which were never numerically weaker, and rarely weaker in overall strength than my own. They were commanded by tough AI which always pressed me and exploited my weaknesses. It also knew to pull out Mechs which were under sustained fire and at risk of being destroyed if it still had other forces to use. There is always a way to victory with well-chosen Mechs and the right MechWarriors who are suited to the particular role of their Mech. However, if you go into a battle without the right force, expect your arse to be handed to you by an AI which I found to be a worthy opponent and which knows how to focus its fire and its energies on your weakest point.

There are a huge variety of Mechs to order around and blow up and all of them are customisable with different loadouts. They weigh anything from 20T to 100T and are split into 4 classes, light, medium, heavy, and assault. As you’d expect, visually they are very different from each other and the roles they play, such as scout, sniper, brawler etc. offer a huge amount of scope for different strategies and playstyles. It’s wonderful just looking at some of these beasts on the battlefield and the Mechbay part of your ship allows you to see them from the front on. Sadly there is no way to view them properly without all the menus.

When viewed up closed, the BATTLETECH visuals aren’t out of this world even on the highest settings. Given the size of the battlefields, as well as the number of Mechs, vehicles, trees, and buildings on them, this is understandable and forgivable. However, zooming right out and viewing the entire map does look stunning, especially in one particular mission on a lunar surface when you are fighting in the shadow of an enormous spaceship wreck. 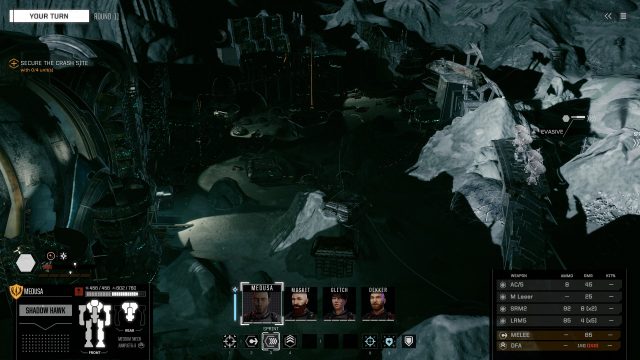 The cinematics scenes make the battles feel explosive. Over the shoulder shots whilst firing on enemy Mechs, close up shots of your Mechs taking a pummeling during the opponent’s turn, and various camera angles at certain times when Mechs are moving all add to the sense of drama. The camera is by no means perfect though, these shots can be ruined by the camera being in the wrong place such as behind a bush or a building for which either partially or totally obscures what’s going on. This can be annoying given how many cinematic shots there are and I hope they can try and improve the camera. When there aren’t any objects in the way, the view of body parts exploding and flying off, and two Mechs punching and kicking each other senseless is a treat and so satisfying to watch, especially when you manage to destroy the most powerful weapons on the biggest Mechs. 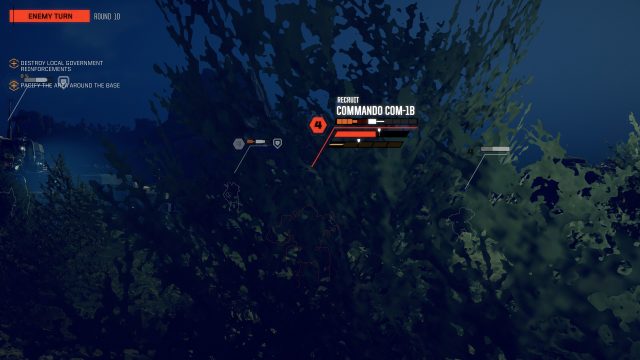 Before I sign off, one word on stability. I have had a few crashes during my time playing and they were at various points so I don’t think there’s one issue causing them and it could just be the review build. Luckily I only had one crash during a battle, although it was at the end of a particularly hard-fought one in which I’d struggled to come out on top and get through in one piece. The devs are aware of some pre-release issues and are more than likely to have caught this.

Overall I am blown away by BATTLETECH. It’s a game that I have wanted to play for a while but I wasn’t expecting to enjoy it nearly as much as I have. This is a solid game which has had me utterly absorbed. The size of this game, the enjoyability, and the time it takes to complete justifies the £35 price tag. This is hands down one of the best releases so far this year.

Descent-like Overload gets a release date

By Kevin Foley20 hours ago
Reviews